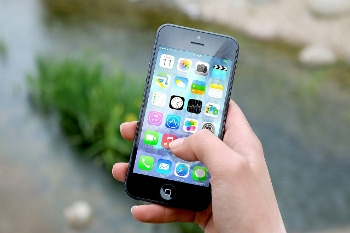 A court in the US has ensured that the public will never know whom the FBI contacted to gain access to data on an iPhone 5C belonging to a terrorist or how much the agency paid for the job.

The FBI announced in March 2016 that it had gained access to data on the phone. Six months later, the Associated Press, Vice Media and USA Today sued the agency, to find out how much had been paid and who had done the job.

In response, the FBI released a number of documents in January but redacted the name of the company which carried out the hack and the amount that was paid.

On Saturday, the US district court for the District of Columbia granted the FBI's request that the details of the company and the amount paid not be disclosed.

The phone in question was used by Syed Rizwan Farook, one of two terrorists involved in shootings in San Bernardino, California, in December 2015. The FBI demanded that Apple unlock the phone and, when the company refused, it attempted to get the courts to force Apple to do so.

However, before the case could come up for hearing, the FBI ended the stoush, announcing that it had been able to obtain the data it needed by using the services of a third party.

That third party was speculated to be the Israeli company Cellebrite and US Government records showed that the FBI had made payments of US$15,278.02 to the firm on 21 March 2016.

One additional detail available in the documents released in January was the fact that the FBI had signed a nondisclosure agreement with the company.

The other detail that emerged was that three companies had contacted the FBI to offer their services to obtain the data on the phone, but none could do it fast enough to satisfy the FBI's needs.

In Saturday's court judgement, it was mentioned that former FBI director James Comey gave interviews on 21 April last year, offering some detail about the amount paid, saying he was sure that it exceeded the amount he was due for the remainder of his tenure, which was about US$1.2 million.

Comey also offered up the information that the solution that had been devised would only work on an iPhone 5C. He added that the FBI needed a quick solution and had thus paid whatever was required to get the job done.