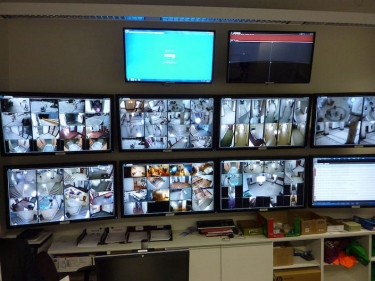 IP surveillance vendor Genetec has warned that more than two-thirds of security cameras may be running superseded firmware, leaving them vulnerable to attack.

The company examined 44,763 cameras connected to systems that are part of its opt-in product improvement program, and 68.4% were running out of date firmware.

"Our primary research data points to the fact that more than half of the cameras with out of date firmware (53.9%) contain known cyber security vulnerabilities. By extrapolating this to an average security network, nearly four out of every ten cameras are vulnerable to a cyber-attack," said Genetec lead security architect Mathieu Chevalier.

Installing current firmware ensures the latest cybersecurity protection measures are implemented as soon as they become available, helping ensure the organisation is resilient to cyber attacks, according to the company.

Furthermore, the research found that nearly one in four organisations (23%) use the same password across all cameras from the same manufacturer, making it easier for intruders to spread their reach.

Most camera manufacturers now ask users to set up a new password and admin credentials as part of the installation process, but Genetec suggests organisations have failed to change the passwords on older cameras.

"Unfortunately, our research shows that the 'set it and forget it' mentality remains prevalent putting an entire organisation's security and people's privacy at risk," said Chevalier.

"All it takes is one camera with obsolete firmware or a default password to create a foothold for an attacker to compromise the whole network.

"It is critical that organisations should be as proactive in the update of their physical security systems as they are in updating their IT networks."

NB: The photograph of a Genetec installation is for illustrative purposes, and should not be taken to imply that the organisation concerned has failed to update its camera firmware or change its cameras' passwords.

More in this category: « LastPass Identity gains passwordless option Man-in-the-middle attack used to steal money sent from VC to start-up »
BACK TO HOME PAGE
back to top