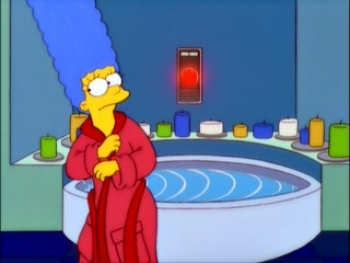 The Internet of Things is promising a heady future of connected homes and connected businesses but hackers are currently threatening the outcome, according to a new study from multinational tech firm Hewlett-Packard.

It found there was average of 25 different vulnerable points in each device, meaning 250 vulnerabilities across just 10 devices. That's a lot of legroom for hackers to move, and may point to a potential future in which people's entire homes can be hacked.

The problems involved things like password strength, encryption software and a general lack of security checks for using the devices.

“Then earlier this year, we decided to use that project as a baseline for testing the top 10 IoT devices being used today. We bought them, shipped them to Craig Smith's home lab, and beat up on them for around three weeks.”

The biggest areas of wekness were:

That's not all. According to a recent Pew report, almost everything will be connected by the Internet of Things in the next twenty years or so, meaning locking down these devices and putting a focus on security should be a priority for both homes and businesses.

"A couple of security concerns on a single device such as a mobile phone can quickly turn to 50 or 60 concerns when considering multiple IoT devices in an interconnected home or business. In light of the importance of what IoT devices have access to, it’s important to understand their security risk."

Tech news source Re/Code says the problem lies in the fact each of the devices are essentially tiny computers, and “the people building them aren’t going to the effort to secure them the way they would a more traditional computer.”

“As we connect the washing machine, as we connect the refrigerator; as your car now talks to Facebook, are we ready for this kind of interaction? Is the security in place?”

"A world of interconnected “smart” devices is here, albeit in the early stages," the report concludes.

"By 2020, Gartner predicts, the Internet of Things will be made up of 26 billion “units”. Fortunately, there’s still time to secure devices before consumers are at risk."

More in this category: « What is your ‘quantified self’? And how safe is it? Australia Post issues parcel scam warning »
Share News tips for the iTWire Journalists? Your tip will be anonymous