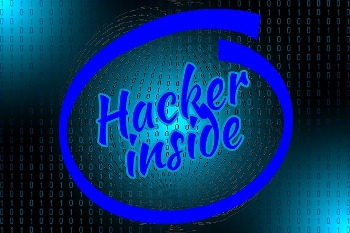 Thirty customer class action lawsuits and two securities class actions have been filed against Intel in connection with two vulnerabilities in its processor which were made public in January.

The company made the fact known in a regulatory filing on Friday. No mention was made of the class action which is being readied by the Boston firm of Block & Leviton against Intel chief executive Brian Krzanich for allegedly selling a vast majority of his Intel stock after the company was notified of the two security flaws.

But the company did mention a shareholder derivative action filed against the board and certain directors for allegedly breaching their duties in connection with the disclosure of the vulnerabilities and failure to take action in relation to alleged insider trading.

Krzanich reportedly sold the shares on 29 November, the same day that some OEMs were told of the processor flaws.

He had reportedly given instructions on 30 October that the sale was to be effected. Block & Leviton have also acted against Volkswagen over the emissions scandal known as dieselgate.

Intel, AMD and ARM have released patches for the flaws, but in many cases these have not achieved the desired impact.

Patches issued by Intel caused problems to the extent that the company told users in January to hold off on using them and to instead wait for fresh updates. Linux creator Linus Torvalds described the Intel patches as "total garbage".

In its Friday filing, Intel said: "The customer class action plaintiffs, who purport to represent various classes of end users of our products, generally claim to have been harmed by Intel's actions and/or omissions in connection with the security vulnerabilities and assert a variety of common law and statutory claims seeking monetary damages and equitable relief.

"The securities class action plaintiffs, who purport to represent classes of acquirers of Intel stock between 27 July 2017 and 4 January 2018 generally allege that Intel and certain officers violated securities laws by making statements about Intel's products and internal controls that were revealed to be false or misleading by the disclosure of the security vulnerabilities.

"Additional lawsuits and claims may be asserted on behalf of customers and shareholders seeking monetary damages or other related relief. We dispute the claims described above and intend to defend the lawsuits vigorously."

"The complaints allege that the defendants breached their duties to Intel in connection with the disclosure of the security vulnerabilities and the failure to take action in relation to alleged insider trading. The complaints seek to recover damages from the defendants on behalf of Intel."

More in this category: « Students attracted to the dark side of the Internet Cylance's secret sauce proves the test of time »
Share News tips for the iTWire Journalists? Your tip will be anonymous