HPE under a cloud after names of hacked firms revealed Featured 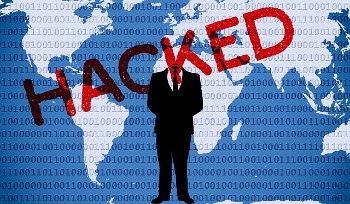 The security credentials of IT services supplier Hewlett Packard Enterprise have taken a severe battering with the revelation that it served as the gateway for alleged Chinese hackers to gain access to about eight major technology firms.

The US Department of Justice issued an indictment in December against two Chinese citizens whom it held responsible for the hacking. But the identities of the companies were not mentioned at the time.

Through these companies, the Chinese group, known as APT10, managed to exfiltrate information from Ericsson, travel reservation system Sabre, and shipbuilder Huntington Ingalls.

The December indictment said the material allegedly stolen was from:

The Reuters investigation quotes most of the companies involved as making motherhood statements about the security measures at their respective firms.

Commenting on the attacks, the Research Team Lead at Israel-based firm CyberArk Labs, Lavi Lazarovitz, said: “This kind of attack is the realisation of one of the most feared breaches and is a real nightmare for both cloud vendors and customers. Customers have no visibility to an attack starting from the cloud vendor side of the infrastructure, so when the attackers hit, it can be devastating.

“One of the most crucial points of the attack seems to be the pivot from the cloud to the customer’s own network – leveraging jump servers. The pivot to the internal network is a critical stage the attackers had to go through. The pivot stage should have been the critical point where the organisations affected by the breach could contain or at least identify the breach.

"This is also the point where the attacker probably had to shift their focus on the customer’s systems and credentials. Up to the pivot point, the attacker could have used the cloud provider wide and probably had unrestricted access to customers’ assets.

“Visibility is one of the most critical and complicated things to create when handling distributed environment – one that is located on several sites some of which are cloud based. The reason for this is that different types of logging and audit systems and different types of expertise are needed.

"Many SOC teams are not skilled and experienced with monitoring and identifying malicious activity, as they are in their own environment. Therefore, the compromise of the cloud vendor and the unauthorised access to the assets in the cloud went unnoticed for a while. But this should have changed when the attackers pivoted to the internal network.”

More in this category: « Wipro attackers were in business since 2016, RiskIQ claims Regin malware used in Western spying on Russian firm »
Share News tips for the iTWire Journalists? Your tip will be anonymous