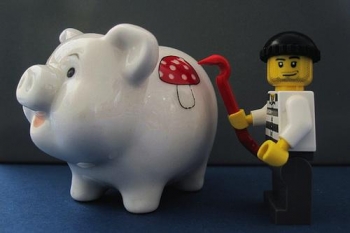 Hesperbot spreads through phishing emails, according to ESET officials.

Like other well-known pieces of malware, it has key logging and screen capture capabilities, and is used to capture online banking credentials.

Hesperbot also tries to trick users into installing malware on their Android, BlackBerry or Symbian phones.

"Analysis of the threat revealed that we were dealing with a banking Trojan, with similar functionality and identical goals to the infamous Zeus and SpyEye, but significant implementation differences indicated that this is a new malware family, not a variant of a previously known Trojan," said ESET malware researcher Robert Lipovsky.

It is now the eighth most prevalent piece of malware in Australia according to ESET's figures, and Australia is the third most affected country behind Turkey and the Czech Republic.

Australian banks known to be targeted by Hesperbot include Commonwealth, MyState, NAB, St George, and Westpac.

More in this category: « Mum's Facebook lesson ends in humiliation, pizza ATMs will not be ready for Y2-XP »
Share News tips for the iTWire Journalists? Your tip will be anonymous