Global email and data security company Mimecast has drawn attention, through a survey, to the extent to which the health and human services industry is being attacked through email threats.

The company's ANZ country manager Nick Lennon and ANZ technical director Alison O'Hare both underlined to iTWire this week that be it a small or big outfit, the email security issues faced were roughly similar.

There were two sources of information that were drawn on: there was a survey conducted for Mimecast by HIMSS Analytics which covered 75 respondents. Additionally, Mimecast's worldwide data, from its 1300 healthcare clients was used.

Asked what percentage of Mimecast's 29,200 global clients were in Australia, Lennon said about 4% of revenue came from this country, indicating that the user percentage could be as much.

Overall, the HIMSS survey showed that 87% of healthcare outfits expected threats to increase in the future; 75% said they had experienced a malware or ransomware incident in the last 12 months. 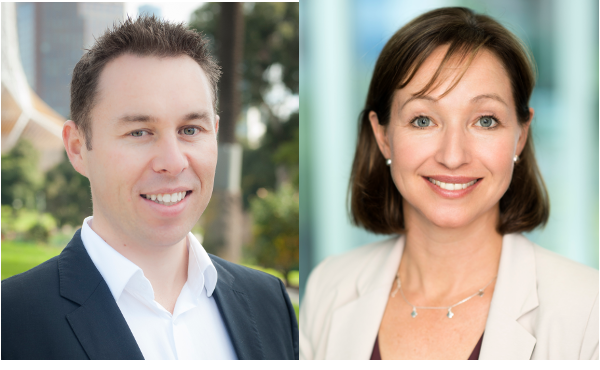 Lennon said that one issue with the health sector was the extent to which legacy systems were present. As an example, during the WannaCry attacks last year, it was older unpatched Windows systems that were vulnerable to attack.

The second component of the survey found that the malware known as Locky and its variants were the most common threats to healthcare organisations. More than 80% of malicious attachments were Office attachments, with 75% of these being Word attachments.

The second component of the study found that business email compromise or impersonation attacks were a threat to healthcare organisations.

Lennon said that there was a great deal of interest from local companies in taking up email security solutions. O'Hare pointed out that Mimecast's solutions — a total of seven in all — were flexible enough to run with those from other companies.

This meant that a business which already had some functionality covered by a product could add more protection from Mimecast without the need for disruption, she indicated.

Ninety-three percent viewed email as mission-critical and 43% said their organisations could not afford any email downtime.

Both Mimecast officials said that the company was experiencing steady growth, with Lennon emphasising that one possible reason for this was because they were open to involving local providers in being part of a solution.

This, they both opined, was a better way to go about business rather than have one company manage the whole show; it avoided disruption and implementing a solution was faster and more efficient.

It also helped to build local relationships and embed the company within the community.

Lennon said that competitors in the field were Symantec, Trend Micro and Proofpoint, all well-known vendors, which made Mimecast's job that much tougher.

More in this category: « IoT security spending heading to US$1.5 billion this year UK yet to obtain warrant to raid Cambridge Analytica »
back to top