Google shells out for street viewing in Italy Featured 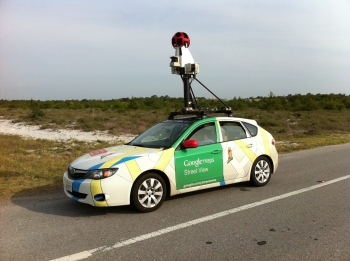 Google has handed over a €1 million ($1.5 million) fine to Italy's data protection watchdog over complaints that cars it used to record images on Italian streets in 2010 were "not clearly recognisable."

The search giant has come under heavy fire over privacy controversies recently, and this latest development won't help perceptions the company is struggling with its stated ethos of "don't be evil."

"Cars belonging to the giant of Mountain View roamed Italy's streets without being entirely recognisable as such, therefore not allowing the people present in those places to decide whether to be photographed or not," Italy's data protection regulator said in a statement today.

Google, while paying the fine, issued a statement of its own saying "The fine from the DPA relates to an old case that dates back to 2010. We complied with everything the (regulator) required of us at ` time," according to a spokeswoman with the company.

Reuters reported the fine announced on Thursday relates only to vehicles not being labelled clearly enough, and that the watchdog has also reported to Italy's judicial authorities that Google accidentally captured fragments of electronic communications as part of its mapping research in the country.

Imposing its higher fine on Thursday, the Italian watchdog said it took into account the search engine operator's "consolidated revenue of over $50 billion".

It also said Google had "promptly adopted the measures it requested", including clearly marking the cars used to collect footage, and broadcasting details of the areas the cars would visit on its own website and in local media.

Late last year the company was fined $1.4 million for 'serious violations of users' privacy' in Spain.

It ordered Google to pay 300,000 euros (AU$462,000) for each of three counts of breaching Spain's data protection law and ordered it to bring its privacy policy in line with legal norms.

"Google unlawfully collects and processes personal information' of users" the agency said in a statement in December.

"The agency considers that Google seriously violates the right to the protection of personal data."

It said Google's privacy policy did not clearly inform users of how it uses data collected, and accused Google of keeping the data for longer than is legally justified and of making it difficult for users to query the use of their data.