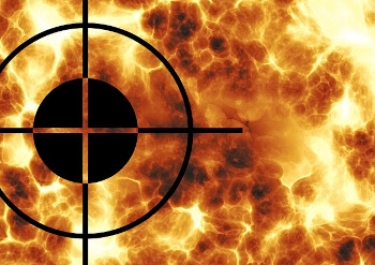 Google has caused an anti-terrorist operation being run by a Western Government which is an ally of the US to be shut down by revealing details about the use of zero-day exploits in the campaign.

The Silicon Valley giant did not attribute the attack and left out many crucial details from its reports, which appear to have been issued to burnish its security credentials given the level of sophistication involved in the attacks.

A report in the Technology Review site said the decision to publicise this campaign had caused internal divisions at Google and also raised questions among American intelligence services.

Security firms studiously avoid mention of nation-state cyber operations launched by US agencies after one company, Kaspersky, paid a heavy price for doing so.

The American Government blocked it from doing business with the public service after reports appeared in the mainstream press claiming the firm had some connection to the Shadow Brokers, a group that leaked a number of exploits from the NSA in 2016/17.

Our intelligence agencies and others have plenty of resourcing. Private sector cybersecurity teams/companies should default to taking down malware, identifying malicious infrastructure, fixing vulnerabilities, etc. https://t.co/0cuIGbQj5g

But Kaspersky then made what could be interpreted as a parting shot, publicising an operation known as Slingshot during its annual Security Analysts Summit in Cancun in 2018.

Kudos to the Google team on their efforts. I can understand others have different perspectives but this is fairly straightforward to me. You don’t know the context of government operations and shouldn’t be a player in that game. Make it harder on the offense and worry less.

Google did not provide key details about the exploits, leading veteran security writer Ryan Naraine to gripe: "Google did not release IOCs (indicators of compromise) to help malware hunters look for signs of this actor in their networks. No hashes. No information on the watering hole domains. No technical details on the exploit servers. No YARA rules. No IDS signatures. No victim profile or geographic distribution. Nothing, actually.

"Google essentially flexed about its visibility into this APT's arsenal and infrastructure and told the rest of us that there are super-adversaries roaming around our devices, and there's nothing we can do about it.

"We need to be demanding better. At a minimum, these higher-impact threat-intel reports should include IOCs and YARA rules. Otherwise, we should treat them simply as the marketing reports they are."

Naraine now has his answer as to why Google kept back all these details.

More in this category: « Tsunami of Windows RDP brute-force attacks in 12 months of pandemic Nine Entertainment confirms it suffered network attack »
Share News tips for the iTWire Journalists? Your tip will be anonymous