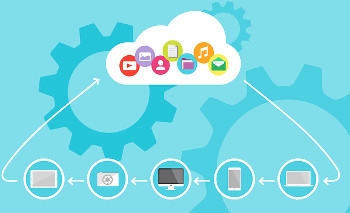 Software engineers in Google's cloud business flouted orders from their managers to build air-gapping into technology that would help the company win military contracts, a report claims.

The news agency Bloomberg cited four current and ex-employees as having said that these engineers were unconvinced that the company should be contributing technology to help the US fight wars.

Following the objections, Google top technical executive Urs Hölzle postponed work on the air gap feature, the report said, adding that the engineers had been able to reduce the effectiveness of the air-gapping technology.

The search giant is bidding to participate in a big Defence Department deal, the Joint Enterprise Defence Infrastructure, or JEDI, program which has grown to be worth US$10 billion over a decade.

The Bloomberg report said Google was behind its rivals Microsoft and Amazon when it came to certifications, having only FedRAMP "Moderate" credentials. FedRAMP is the name for the US compliance standards for IT.

With Moderate credentials, Google could bid for 80% of US Government work; both Microsoft and Amazon have "High" credentials that enable them to work with all classes of data, including that created by intelligence agencies.

Amazon has a US$600 million contract with the CIA.

Air gap technology separates computers from others on a network and enables data from high-security projects to be isolated on a specific server.

Protests about the involvement of big tech companies in work that violates privacy and human rights have taken place at other companies too, with Microsoft facing blowback from its employees over its contract with the Immigration and Customs Enforcement, in the wake of the separation of migrant children from their parents at the Mexico-US border.

Recently, Amazon has been criticised by human rights groups for selling technology that supports facial recognition to law enforcement authorities.

More in this category: « Intel chief Krzanich quits over affair with staffer Ex-NSA hacker says new Intel bug will need 'ton of work' to fix »
Share News tips for the iTWire Journalists? Your tip will be anonymous