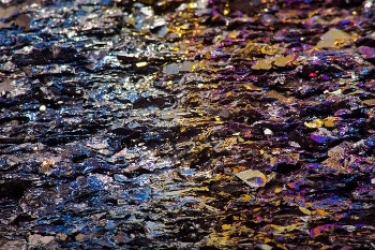 Image by dawnydawny from Pixabay

The attackers have released what they claim is 5% of the data that they stole from the company's website during the attack.

According to its website, Minerals Technologies is a US$1.8 billion (A$2.4 billion) company operating in 35 countries. It claims to be a leader in minerals-based application technology and innovation.

It has 158 production locations around the world, 12 research and development centres and employs 3628 people.

The company was contacted on Wednesday morning AEDT using the only email address available on its website and comment was requested by noon on Thursday. Till the time of writing — Friday morning AEDT — there has been no response.

Egregor has recently come into prominence after the Maze ransomware group announced it was shutting down operations.

At the time of the announced shutdown, Peter Mackenzie, the incident response manager for Sophos Rapid Response, told iTWire that this kind of "shutting down" had been seen with other malware groups in the past.

"The announcement by the Maze operators that they are ceasing operations after just over a year of activity is probably not as significant as it might appear," he said.

"We've seen it all before and this is likely to be more of a revolving door than a dramatic exit."

The website Bleeping Computer, which follows the activity of ransomware groups closely, reported the Maze decision, claiming that most of the affiliates of this group had moved over to a new entrant known as Egregor.

Recently, global human resources firm Randstad, a huge operation that pulled in revenue of €23.7 billion (A$38.68 billion) in 2019, was attacked by a gang using Egregor.

Prior to that, Dr Reddy's Laboratories, an Indian company that is conducting trials on the Russian-developed Sputnik vaccine for COVID-19, was hit by Egregor.

Contacted for comment, Brett Callow, a ransomware researcher with the New Zealand-headquartered security firm Emsisoft, told iTWire: "Egregor is listing new victims at an unprecedented rate, likely because they started out with a considerable number of affiliates.

"And the reason for that may be that Egregor is, in fact, Maze. While the crims closed that particular operation, they probably didn't take early retirement and sail off to the tropics to spend the rest of their days sipping piña coladas while fanning each other with palm leaves.

"It's far more likely that they started another ransomware operation, and there are clear indications that that operation may well be Egregor."