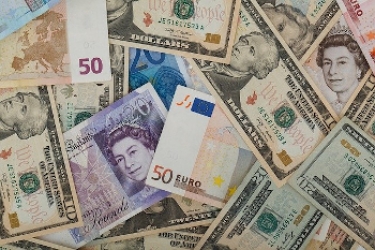 Global foreign exchange dealer Travelex has been hit by Windows malware and has taken its website down.

The main site now appears to be back, but no online services are available.

The site went down on New Year's Eve. A pop-up message on the main US site says: "Travelex confirms that a software virus was discovered on New Year's Eve which compromised some of its services.

"As a precautionary measure in order to protect data and prevent the spread of the virus, we immediately took all our systems offline. Our investigation to date shows no indication that any personal of customer data has been compromised.

The website message only appeared a day ago. Until then, the error message from Internet Information Server, the server software made by Microsoft and apparently used to run the Travelex website, was showing up.

I think Travelex might want to put their statement on their website, instead of leaving up an IIS error page. pic.twitter.com/rg8pldSuMr

British security researcher Kevin Beaumont posted a screenshot of the error message, adding, "I think Travelex might want to put their statement on their website, instead of leaving up an IIS error page."

The company's media release page has a similar error from IIS showing up:

More in this category: « Attackers use release of last Star Wars film to try their standard tricks Mimecast acquires Segasec to bolster cyber security offerings »
back to top