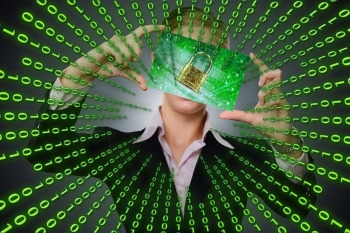 Former NSA contractor Harold Martin has pleaded guilty to taking a huge amount of classified data home and is likely to be jailed for six more years, which would bring his total stay in prison to nine years.

He will have to live under supervision for three more years after the jail term ends.

Martin told the judge in Baltimore more than once, "It's time [to] close Pandora's Box", according to the CyberScoop website.

Let that last fact sink in: Martin was continuing to steal data for three full years after Snowden had already leaked. This is while the NSA and DoD are presumably on high alert and looking for precisely this sort of activity. 8/9

The former contractor is accused of taking more than 50 terabytes of data home and keeping it on various computers and drives on his home in Maryland.

Any chance of a link to the Shadow Brokers surfacing was scotched after the hearing.

Hal Martin took 50 terabytes of data, per the court case, without anybody noticing. He was employed by a company which describes itself as the world’s largest DLP (Data Loss Prevention) solution provider. https://t.co/KpmmmCFBRp

An article published in the US publication Politico in January drew connections between Martin and the Shadow Brokers, with a claim that researchers from Russian security firm Kaspersky Lab had tipped off the NSA that Martin could be worth investigating, after he allegedly sent Twitter messages to them.

Former NSA hacker Jake Williams told iTWire that it was unlikely that Martin was in any way connected to the Brokers, an individual or group that leaked a large number of NSA exploits on the Web in 2016.

"I don't think the US Government widely thinks that's the case or he'd have been charged differently," added Williams.

Assistant Attorney-General for National Security John Demers said: “The American people entrusted Harold Martin with some of the nation’s most sensitive classified secrets.

“In turn, Martin owed them a duty to safeguard this information. He has admitted to violating their trust and putting our nation’s security at risk. With today’s plea, we are one step closer to holding Martin accountable for his dangerous and unlawful actions.”

More in this category: « Two-thirds of firms suffer certificate-related outages: study Akamai to set up 'scrubbing centre' in Melbourne »
Share News tips for the iTWire Journalists? Your tip will be anonymous