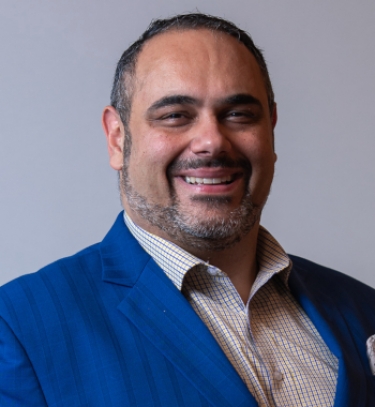 Nick Savvides: "Today’s economy and society depended on digitisation, with every organisation being a technology organisation." Supplied

A senior official from the Australian arm of Forcepoint, an American multinational security software developer, has welcomed the news that Australian Prime Minister Scott Morrison will create a cyber security role in his cabinet when he carries out a reshuffle next month.

Nick Savvides, Forcepoint’s senior director for Strategic Business in the APAC region, said: “The promotion of cyber security to a cabinet role is a long awaited and important move, recognising that it touches all aspects of modern society. It follows not just from the elevation of cyber to its own command in defence circles, but also from the elevation to being a board-level consideration in the corporate world."

Forcepoint is owned by American weapons manufacturer Raytheon and is headquartered in Austin, Texas.

Since Morrison became prime minister after defeating Peter Dutton in a leadership contest in 2018, there has been no separate minister for this portfolio.

The Opposition, under Bill Shorten, had Ed Husic, probably the best educated politician when it comes to technology, handling the role. But once Anthony Albanese ascended to the role of leader, there has been no cyber security shadow minister.

Morrison plans to appoint a dedicated person to handle cyber security from within the Department of Home Affairs.

Savvides said today’s economy and society depended on digitisation, with every organisation being a technology organisation.

"This was highlighted during the pandemic, with the governments and companies who had the most advanced digital programs being able to respond the fastest to continue to deliver services to their citizens and customers," he pointed out.

"With the entire economy depending on digital [infrastructure], cyber security has become a front-of-house function. Whether you are selling beers in a pub, extracting minerals in the desert, or contact tracing in a health department, you are dependent on digital technology to function, making it an attractive target for malicious actors.

"Digital systems depend on trust, integrity and availability. Cyber criminals and nation states alike now focus on these digital pathways to achieve their aims, whether it’s financial or political and service disruption.

"Businesses, public services and governments can be widely disrupted or even shut down with sophisticated cyber-attacks, making cyber security absolutely key to ensuring a functioning society."

"Like the CIO before them who moved from the shadows into being a key business leader, the CISO has been thrust forward, and it is time that cyber security moves out of the shadows of government and became its own cabinet role," he said.

More in this category: « Rising number of data breaches must signal a change in security strategy Australia’s cyber security spending soaring to $7.6 bilion by 2024 »
Share News tips for the iTWire Journalists? Your tip will be anonymous