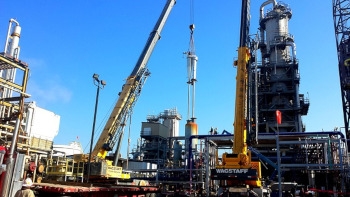 Security company FireEye says it has been responding to a second attack by the group behind the Triton malware which was used to attack the Saudi Arabian oil company Saudi Aramco last year.

The name of the company hit by the second attack was withheld by FireEye which issued a blog post on Wednesday, providing detail about the Triton attack framework and its techniques, tactics and procedures.

Triton has been named as such because it attacks a safety system known as Triconex which is made by Germany's Schneider Electric and used globally.

In December 2017, FireEye said it had found the new industrial control system attack framework, but did not specify where the attack took place.

However, the website Foreign Policy said it had obtained a confidential report authored by Area 1 Security, a company set up by NSA veterans, that identified Aramco as the target. The attack took place in August.

Triton is built to interact with Triconex Safety Instrumented System controllers and prevents emergency shutdown of such systems.

FireEye said Triton leveraged a number of custom and commodity intrusion tools to gain and maintain access to the target's IT and operational technology networks.

It said the attack played out over a long period. "These attacks are also often carried out by nation states that may be interested in preparing for contingency operations rather than conducting an immediate attack," FireEye researchers Steve Miller, Nathan Brubaker, Daniel Kapellmann Zafra and Dan Caban wrote.

"During this time, the attacker must ensure continued access to the target environment or risk losing years of effort and potentially expensive custom ICS malware."

The malware was present on the system for almost a year before it gained access to the safety instrumented system engineering workstation, with the emphasis on operational security. There was no collection of data as seen in espionage attacks.

Some of the techniques used to hide the malware were:

Additionally, the researcher said, the following methods were used:

FireEye said the group had been operational since at least 2014. Though the company is known be one that is quick to attribute attacks, it remained silent about Triton's origins this time. Last year, FireEye had claimed that Triton was connected to a Russian Government-owned research institute.

After the first Triton attack, the security group Area 1 Security speculated that Triton could have been written jointly by Russia and Iran; an artifact in the software had a Russian name. But while the report said Russian involvement was possible, it also pointed out that such an artifact could be a false flag.

More in this category: « Stuxnet creators were in partnership longer than thought: claim TajMahal: APT with a great name, but just one victim »
Share News tips for the iTWire Journalists? Your tip will be anonymous