Fingerprint authentication only safe in a fifth of cases: Cisco team Featured 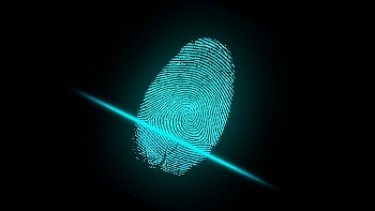 Researchers from Cisco's Talos Intelligence Group say that using fingerprints for security is likely to work about 20% of the time. In the other roughly 80% of cases they tested, Paul Rascagneres and Vitor Ventura said they were able to clone prints that enabled them to bypass the security on different devices.

Given that they could achieve these results only after an extremely tedious process, the duo concluded that "fingerprints are good enough to protect the average person's privacy if they lose their phone. However, a person who is likely to be targeted by a well-funded and motivated actor should not use fingerprint authentication".

The researchers said they had intentionally limited their budget for the research to US$2000 so that it would not be out of reach of the average attacker. They presented their findings in a detailed blog post that is well worth the read; the video embedded below also worth watching.

Rascagneres and Ventura said if a user was a potential target for well-funded attackers or the device in question had sensitive information, then it would be better to use a strong password and token two-factor authentication.

They tested a number of mobile phones, laptops, a padlock and two USB-encrypted pen drives. They used different kinds of sensors - capacitive, optical and ultrasound - but found that there no clear advantage in using any particular kind of sensor.

The orange lines are the percentage of success with the direct collection method, the blue lines with the image sensor method and the yellow line with the picture on the third party method.

The percentage of success, shown in the graph above, was calculated based on 20 attempts for each device with the best fake fingerprint the pair were able to create.

"The USB keys — Verbatim and Lexar — were only tested via the direct collection method," Rascagneres and Ventura said, adding that since this was the most effective collection method, and it never worked, there was no point in testing the other methods.

The researchers said they had approached the experiment with three main goals:

Outlining the lessons they had learnt, Rascagneres and Ventura said it had been a time-consuming process to create the moulds for making the duplicate fingerprints, with months needed for this part of the research. "Today, by using our methodology and our budget it is not possible to create a fingerprint copy on-demand and quickly," they said.

They were unable to bypass sensors on the Samsung A70, the two Windows laptops and the USB pen drives. But they said this did not mean these devices were safer.

"Just because we had no success defeating the Windows platform and the USB pen drives, that does not mean they are necessarily safer," Rascagneres and Ventura wrote.

"An even more special case is the Samsung A70, which according to our tests, fails a lot with real fingerprints. We estimate that with a larger budget, more resources and a team dedicated to this task, it is possible to bypass these systems, too."

More in this category: « Signal dev uses COVID-19 crisis to warn against encryption ban Zscaler to acquire Cloudneeti »
BACK TO HOME PAGE
back to top