Facebook close to being fully secure, thanks to Snowden Featured 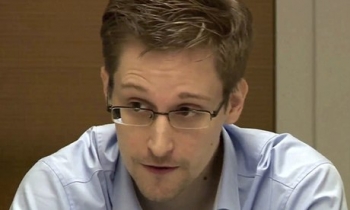 Social media giant Facebook has declared it's close to finalising end-to-end encryption across the network, in a bid to prevent government snooping across the globe.

Facebook's head of security infrastructure Gregg Stefancik told journalists during a visit to Australia yesterday that his team "wear tin foil hats", and that though the company was on its way to making full secure communication a reality; "we're not completely there yet."

"We've prioritised encrypting the traffic that is most sensitive at Facebook, and we're working aggressively to get to the point where we can tell you we'll have it all encrypted between datacentres," Stefancik said yesterday.

Stefancik revealed that while the company was working on security as a priority before Snowden, his NSA revealtions "validated a lot of the things we knew we needed to protect against".

"Encrypting data and exchanges over our private leased lines is something that's on our roadmap and something we were working on pre-Snowden," he said.

"We like encryption because it's mathematically strong. We understand its properties (and) it's easier to control but, that said, it's really hard to deploy.

"It's not like we wake up one morning and flip a switch. It has performance implications (and) there are still compatibility issues between devices."

Stefancik also made an effort to alleviate fears Facebook's new "audio recognition" feature, which is similar to apps like Shazam but does so automatically when users are writing a status update, is not snooping on users.

"The microphone doesn't turn itself on, it will ask for permission," he said.

"It's not always listening... so it's very limited in what it is sampling.”

The recognition feature is only available for users in the US and was announced at the end of May, and Stefancik stressed that it is an opt-in feature and that it will not listen for audio automatically unless the feature is enabled in the Facebook app’s settings.