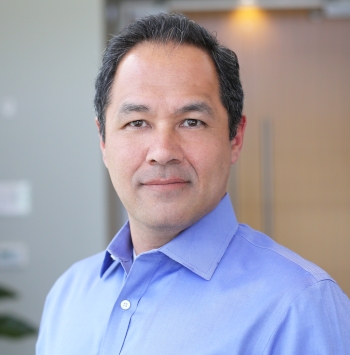 Cricket Liu says he has not yet given up on DNSSEC. Supplied

Using stronger passwords and multi-factor authentication on registrar and DNS hosting accounts would help to solve security issues around attacks that have been launched under the hacking campaign known as DNSpionage, the well-known domain name system expert Cricket Liu says.

He told iTWire in response to queries that the DNSpionage hacking campaign, identified by Cisco's Talos Intelligence Group and the security firm FireEye, used compromised credentials for DNS and registrar hosting accounts to intercept Web and email traffic.

Two fake malicious websites were used in the campaign to target possible victims using infected Microsoft Office documents which contained embedded macros. The actors also used the same IP to redirect the DNS of legitimate .gov and private domains, carefully generating certificates for the domains that were redirected.

The chief DNS architect for Infoblox, a privately held IT automation and security company based in Silicon Valley, Liu was in Australia recently. A global expert on DNS, he is a prolific speaker and has authored a number of books, including the well-known O'Reilly tome, DNS and BIND, a widely used guide.

Asked about plans for implementing Domain Name System Security Extensions, Liu said this would guard against cache poisoning in particular.

"It doesn't address a whole boatload of other threats to DNS, such as DDoS attacks, the use of vulnerabilities in DNS implementations to crash DNS servers, and so on," he said.

"But adoption under .com and .net – and .au - is very low. The percentage of recursive DNS servers configured to validate DNSSEC-signed data is also uneven and low in some areas."

But he added that he had not given up on DNSSEC. "I believe it addresses a very important threat."

Asked about methods used to compromise DNS, Liu said there were lots of different methods. "Some of the most prosaic methods are those used in the DNSpionage and Sea Turtle attacks – using compromised credentials to registrar and DNS hosting accounts to change DNS zone data."

He said another method was by using a vulnerability in DNS server software to crash it or gain access to the computer on which it was running. "Another is to take advantage of shortcomings in the DNS protocol itself, which could allow you to poison the cache of a DNS server – The Kaminsky attack falls into this last category."

The Kaminsky attack is due to a flaw in the design of DNS and was discovered by security expert Dan Kaminsky.

More in this category: « ExtraHop signs on Tracer Cloud as Australian channel partner Email users hit by increase in phishing attacks: report »
back to top