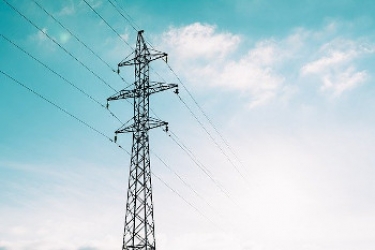 An European body representing 42 electric transmission system operators in 35 countries recently experienced a compromise of its office network, the security firm Dragos says, adding it was an IT network that was infiltrated.

In a blog post, the company, which is headed by former NSA hacker Robert M. Lee, said the European Network of Transmission System Operators for Electricity (ENTSO-E) had confirmed the incident on Monday, and put in place measures to reduce the impact of any further attacks.

"TSOs have responsibility for transporting electricity across the major high voltage power networks, providing grid access to various electric entities including generators and distributors, and assuring the safe and reliable operation and maintenance of the electric power system," the security firm said.

Lee said in a tweet: "Electric organisations continue to be targeted globally including the recent compromise of a European Transmission System Operator. The compromises are in IT networks so let’s not freak out; but I do think our visibility is limited into OT. Go be proactive."

In January, the New Mexico Public Regulation Commission, the regulatory body for utilities, telecommunications, and motor carrier industries in New Mexico, was allegedly the victim of an attack that compromised its Web servers, according to a report in the Albuquerque Journal and cited by Dragos.

This latter attack caused the website and electronic filing system to go down.

Dragos, which specialises in providing security for industrial control systems, said: "Attackers have previously targeted trusted connections between vendors, contractors, and other entities and ultimate targets.

"ALLANITE, for instance, targeted multiple utilities in North America and Europe and were able to exfiltrate sensitive HMI screenshots and obtain SCADA diagrams.

"The activities described in previous Dragos reporting and in a public report by The Wall Street Journal, include a supply chain compromise campaign that targeted numerous vendors, contractors, and business partners of US utilities with the intent to launch phishing campaigns masquerading as legitimate business email activity to gain initial access to target utilities."

Dragos said the incident emphasised what it has preached in the past: organisations associated with electricity continued to be compromised globally and are at increased risk of network intrusions.

More in this category: « NBN Co warns against scams Avast forced to disable JS interpreter after exploit detailed »
back to top