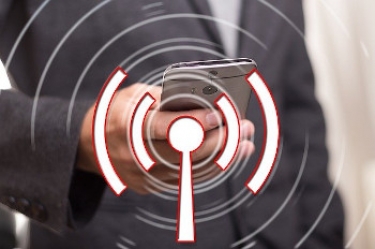 Slovakian security firm ESET has discovered a vulnerability in Wi-Fi chips made by Broadcom and Cypress that results in the changing of an encryption key to a string of zeroes when encrypting part of a user's communications.

Researchers Miloš Čermák and Robert Lipovsky said in a blog post on Wednesday that if an attack successfully used this flaw, then some wireless packets sent by a buggy device could be decrypted. The vulnerability has been given the name KrØØk.

Most common smartphones, tablets, laptops and IoT devices use chips from these two companies. In addition, Wi-Fi access points and routers with Broadcom chips are also vulnerable.

The flaw manifests itself after a device that is connected to a Wi-Fi access point is disassociated from the point; this happens in the normal run of things when a person moves from one Wi-Fi point to another or when Wi-Fi is switched off.

When this happens, the session encryption key is cleared and is normal behaviour as no more data is expected to be transferred.

But the ESET team found that all data frames remaining in a vulnerable chip's transmit buffer were sent on after being encrypted with this all-zero key.

"Since KrØØk (encryption with an all-zero TK) manifests itself following a disassociation, an adversary can exploit this by manually triggering disassociations – as opposed to the disassociations that occur naturally," the researchers said in a detailed paper about KrØØk.

"This is possible, because a disassociation can be triggered by a management data frame that’s unauthenticated and unencrypted."

An attacker could capture these data frames and subsequently decrypt them; the data could contain several kilobytes of potentially sensitive information.

In the blog post, Čermák and Lipovsky wrote: "Our tests confirmed that, prior to patching, some client devices by Amazon (Echo, Kindle), Apple (iPhone, iPad, MacBook), Google (Nexus), Samsung (Galaxy), Raspberry (Pi 3), Xiaomi (RedMi), as well as some access points by ASUS and Huawei, were vulnerable to KrØØk.

"This totalled to over a billion Wi-Fi-capable devices and access points, at a conservative estimate. Further, many other vendors whose products we did not test also use the affected chipsets in their devices."

Both WPA2-Personal and WPA2-Enterprise protocols, with AES-CCMP encryption, are affected, the duo said.

KrØØk was related to a flaw found by Belgian researcher Mathy Vanhoef of imec-DistriNet, KU Leuven, the ESET pair said, but it had its own distinct characteristics. "In the beginning of our research, we found KrØØk to be one of the possible causes behind the “reinstallation” of an all-zero encryption key, observed in tests for KRACK attacks," they said.

Details of the bug were released at the RSA security conference which is being held in San Francisco this week.