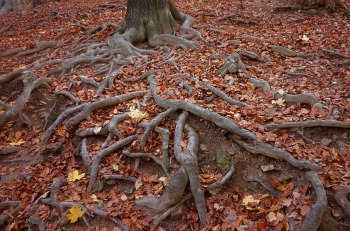 Slovakian security firm ESET has discovered an UEFI rootkit in the wild, a first of sorts, with the company saying this showed that such a rootkit was a real threat, not some conference topic.

UEFI rootkits are more dangerous than other attack tools as they persist on systems after re-installation or even replacement of a hard drive.

Since the rootkit it found was tied to the Sednit advanced persistent threat group, ESET said in a statement that this meant the group — also known as APT28, STRONTIUM, Sofacy and Fancy Bear — was more of threat than thought.

Investigations showed that on at least one occasion, this group was able to write a malicious UEFI module into the SPI flash memory of a system. UEFI, or the unified extensible firmware interface, is a replacement for the BIOS in personal computers and laptops.

ESET said the module used could then drop and execute malware on the disk during the process of booting. Cleaning such a rootkit meant re-flashing system firmware, not a task for the faint-hearted.

The module was planted in anti-theft software known as Lojack (earlier Computrace) made by a company known as Absolute Software. ESET, thus, gave it the name Lojax.

Lojack was installed on laptop system firmware and would notify the manufacturer's server of its location once the location service was activated. It persisted on a system because it was implemented as an UEFI/BIOS module and could be activated by users after entering the UEFI/BIOS interface.

The ESET team said systems targeted by Lojax showed the presence of several tools that could be used to access and patch UEFI/BIOS settings, with every one using a kernel driver, RwDrv.sys to effect change.

"This kernel driver is bundled with RWEverything, a free utility available on the Web that can be used to read information on almost all of a computer’s low-level settings, including PCI Express, Memory, PCI Option ROMs, etc," ESET said, adding that the driver was signed with a valid certificate as it belonged to software that was kosher.

Regarding attribution, ESET had this to say: "While many vendors have made attribution claims about the Sednit group in the past, ESET does not perform any type of geopolitical attribution. That was our position back when we published our white paper in 2016 and is still the case today.

"As we wrote back then, performing attribution in a serious, scientific manner is a hard problem that is out of our scope as ESET security researchers. What we call 'the Sednit group' is merely a set of software and the related network infrastructure, which we can hardly correlate authoritatively with any specific organisation."

As the rootkit was not properly signed, any systems where secure boot was turned on would detect it, the researchers said. They presented a paper on their findings at the Microsoft BlueHat conference on Thursday.

More in this category: « Vault ties up with archTIS to bid for govt business NSW launches cyber security strategy »
Share News tips for the iTWire Journalists? Your tip will be anonymous