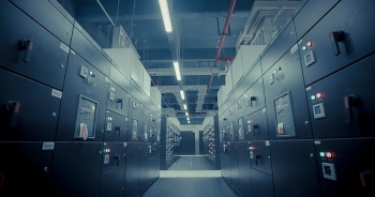 Data centre giant Equinix has been hit by the Windows NetWalker ransomware, according to the company and a report by Bleeping Computer, a website that specialises in reporting on this kind of malware.

A ransom of US$4.5 million (A$6.19 million) has been reportedly demanded, with the sum to double if payment is not made within a certain period.

The attack appears to be on the Australian assets of the company. iTWire has written to Equinix' Australian media contact to ascertain more details.

According to Bleeping Computer, the names of folders in a screenshot of data stolen from the company, which the report's author said had been put up on the dark web, referenced data centres and engineers who work Down Under.

A blog post from Equinix dated 9 September said: "Equinix is currently investigating a security incident we detected that involves ransomware on some of our internal systems.

"Our teams took immediate and decisive action to address the incident, notified law enforcement and are continuing to investigate.

"Our data centres and our service offerings, including managed services, remain fully operational, and the incident has not affected our ability to support our customers.

"Note that as most customers operate their own equipment within Equinix data centres, this incident has had no impact on their operations or the data on their equipment at Equinix.

"The security of the data in our systems is always a top priority and we intend to take all necessary actions, as appropriate, based on the results of our investigation."

The report said the attack had taken place over the Labor Day weekend in the US; Labor Day was marked on 4 September.

Timestamps on the folders in the screenshot, which the site had blurred, were 7 September, indicating that claims as to the timing of the attack were correct.

This year, NetWalker has been involved in seven incidents that were deemed worthy of being reported.

These included attacks on US security software-as-a-service provider Cygilant, Australian workforce design and delivery firm Tandem Corp, and Jands, an Australian company that distributes some leading audio, lighting and staging brands for installation, production and retail industries throughout Australia and New Zealand.

Another attack of note was on Forsee Power, a company that designs and manufactures smart lithium-ion battery systems for electro-mobility markets, with a fourth being on Trinity Metro, a regional transportation authority of the state of Texas.

Prior to that the University of California in San Francisco admitted it paid US$1.14 million to a gang that used NetWalker to attack its systems. A sixth case was that of Australian customer experience firm Stellar, that also operates across Asia, North America and Africa.

More in this category: « Claroty and Check Point Software Technologies Partner to Secure Industrial Control Networks archTIS secures biggest deal yet, signs up Defence for $4.2m contract »
Share News tips for the iTWire Journalists? Your tip will be anonymous