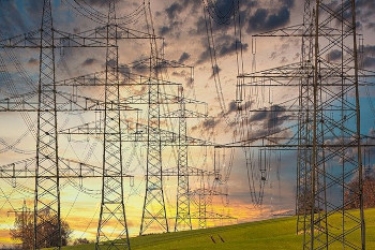 Queensland's CS Energy has denied that there was any indication a network attack on the company in November was by a state-based group.

Chief executive Andrew Bills said in a statement issued on Wednesday: "We continue to progressively restore our systems and are working closely with cyber security experts and relevant state and federal agencies."

Papers belonging to the Murdoch stable claimed on Wednesday that the attack was staged by a group from China.

Morrow appeared to be unaware that a group using the Conti ransomware had claimed credit for the attack back in November.

The tale was picked up by the equally excitable Daily Mirror.

TIL that Conti is not a Russia or CIS-based for-profit cybercrime operation; it's actually a Chinese APT. ?https://t.co/RHtkyJ6ez9

Bills said further that CS Energy's "ICT systems and safeguards had layers of separation and protection, which enabled it to contain and protect its critical infrastructure to ensure continuity of power to Queenslanders".

Somewhat strangely, the first person to call out Morrow was the Australian Financial Review's Joe Aston, one of the writers of the Rear Window column.

In his withering style Aston wrote: "Sydney’s Daily Telegraph splashed its Wednesday edition with the revelation of 'China’s Dark Plot', an exclusive on Beijing’s 'cyber hit on our power network'.

"The tableau, rendered in Dulux customer favourite 'Communist Red', depicted Xi Jinping shaking a clenched fist and looming over a defenceless Queensland power station. It was a front page entirely free of the burden of nuance or sophistication. Or facts."

But then perhaps one should not be surprised at reports of this nature from the Mudroch media, trying to implicate China and lacking facts. As iTWire has pointed out, two recent reports indulged in fiction about the Chinese telecommunication giant Huawei Technologies recently, claiming the company was pulling out of Australia.