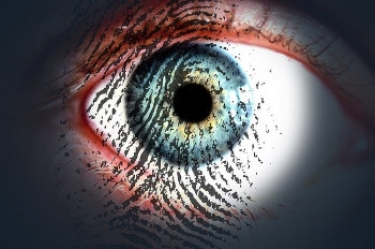 Image by Thanks for your Like • donations welcome from Pixabay

The Digital Transformation Agency's digital ID program has been described as insecure and unfit for purpose by security researchers who last year found vulnerabilities in the government's COVIDSafe app.

Dr Vanessa Teague of Thinking Cybersecurity and independent researcher Ben Frengley said in a submission to the DTA that neither the trusted digital identity framework's high-level design, nor its implementation by the ATO (myGovID) met their intended security goals.

"The myGovID system is subject to an easily-implemented code proxying attack, which allows a malicious website to proxy a person's myGovID login and re-use their authentication to log in to the victim's account on any website of their choice," they wrote.

"Although detectable by extremely diligent users, the attack is likely to go unnoticed by most victims."

They said this had been disclosed to the ATO in August 2020, but the tax office told them that they did not intend to fix it. The pair have uploaded a video demonstration of how this can be effected.

The DTA solicited the views of the public on proposed legislation to support and strengthen an expanded digital identity system in Australia between 16 November and 18 December and received 44 submissions, 32 of which it released this week.

Last week, the agency put out what it called a synthesis report that was claimed to be a summary of all views, saying the consultation "highlights near uniform agreement on the immense value of the Digital Identity system, and the need for legislation to govern the system".

But the statements made by Dr Teague and Frengley do not seem to fit into this bracket.

Thw two researchers said the Identity Exchange served "as a single point of failure for both privacy and authentication, resulting in an extremely brittle architecture that would allow for large-scale identity fraud if that one component came under the control of a malicious party".

Both the ATO and Australia Post have implemented the scheme. Of the latter, Dr Teague and Frengley wrote: "Although we have not examined Australia Post's implementation in detail, it seems to diverge substantially from the TDIF specification, but has apparently been accredited anyway."

They urged the DTA to investigate the use of a public key infrastructure-based system instead. If that was too difficult, they said a simple, standard, pairwise OpenID Connect protocol could be used instead of a complex brokered model with poor privacy and security properties.

"The system should be abandoned and redesigned from scratch by people with some understanding of secure protocol design and some concern for protecting their fellow citizens from identity theft," Dr Teague and Frengley concluded.

"Legislating to make it secure by fiat will not stop organised crime, foreign governments, or ordinary criminals, from taking advantages of its design flaws. A Public Key Infrastructure is much more likely to succeed."

"The exploitation of any biometric system can be catastrophic for users. The limitations, risks and privacy issues associated with biometrics will, for the foreseeable future, both limit future use cases and provide unacceptable risks for digital identity.

"Biometrics has a place in recognising a user, but no role in verifying a user outside of a controlled environment.”