Dodgy mobile apps found to be on the increase: RiskIQ 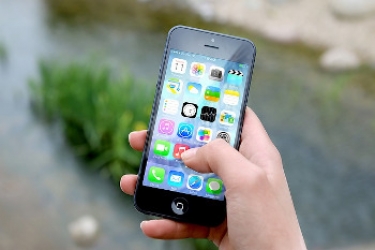 The number of blacklisted mobile apps in the 120-odd mobile stores, examined by security firm RiskIQ on a regular basis, grew from 44,850 to 53,955, a rise of 20%, the company said in its mobile threat report for the second quarter of the year.

Blacklisted apps are those that figure on at least one blacklist, such as VirusTotal, a Google-owned site; files can be uploaded to this site and they are scanned by more than 70 anti-virus engines to indicate whether they are kosher or not.

The report said the percentage of blacklisted apps relative to total number of apps monitored by it grew for the second consecutive quarter, going from 1.95% to 2.1%.

The blacklisted apps carried out actions such as brand imitation, phishing and hosting malware. Apart from this, there were many apps dedicated to deceiving users with bogus messages about tax returns.

One app that was notable was named Exodus and could access pictures and contacts; it was initially designed for Android, but an iOS version later emerged.

Google always allows some blacklisted apps into its store, but RiskIQ said the company had been increasing its emphasis on safety. Three apps stores — 9Game.com, Zhushou and Vmallapps — were the worst offenders when it came to hosting blacklisted apps, with 95% of the total apps available from 9Game.com being blacklisted.

"As usual, feral apps, or apps not in any store and downloaded directly from the Internet, proved to be exceptionally dangerous, with a 51% blacklist rate," the report said. "Quarter after quarter, the data confirms that apps downloaded outside of the Google Play store and the Apple App Store are riskiest."