Did Colonial pay a ransom, as Bloomberg claims? Or is it another tall tale? 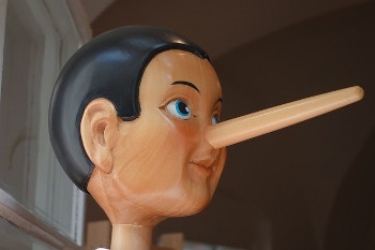 ANALYSIS Claims that the Colonial Pipeline Company paid US$5 million as a ransom to the group behind the DarkSide Windows ransomware after it was attacked on 7 May need to be taken with a pinch of salt, seeing as the report was an "exclusive" from Bloomberg.

Among the three authors of the news agency's report was Michael Riley, one of the authors of the infamous "grain of rice" yarn that claimed an additional chip had been planted on the motherboards of servers made by US firm Super Micro Computer in order to effect a supply chain attack.

Riley, along with William Turton and Jennifer Jacobs, claimed that the payment of nearly US$5 million contradicted earlier reports — made, among others, by Reuters — that Colonial would not pay a ransom in order to obtain a decryptor.

According to the Bloomberg version, the ransom was paid, as usual in cryptocurrency, "within hours after the attack" which would place the transaction as having taken place last week.

Riley revived the Super Micro tale this year, along with his partner Jordan Robertson, this time claiming that the tampering was done in servers supplied mainly to the US Government, In the 2018 story, the pair had claimed that the fiddling had been carried out on servers supplied to Amazon and Apple.

I don't know what you're talking about. pic.twitter.com/KagVxSrkLB

Only one detail of the Bloomberg story about the Colonial ransom can be verified: the claim that the company had to use its own back-ups for restoration, rather than depend on the supplied decryptor, as the latter was much slower.

This is backed up by Emsisoft, a New Zealand-headquartered ransomware specialist, which wrote in a blog post earlier this year: "According to our performance tests, DarkSide’s decryption tool decrypts files at an average of 231.40MB per second.

Going by its own comments, the gang behind DarkSide appeared to be somewhat taken aback when they realised the company that their affiliates had attecked.

More in this category: « CEOs and CISOs doubling down on cybersecurity and converged approaches, research finds New cyber rules will be judged by their efficacy: Tenable chief »
Share News tips for the iTWire Journalists? Your tip will be anonymous