DHS argues that Kaspersky ban should not be lifted 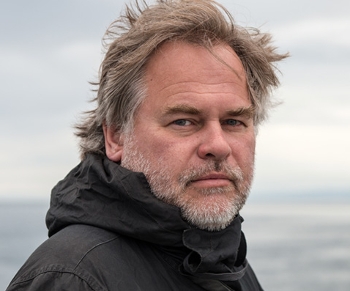 The US Department of Homeland Security has filed its response arguing against Kaspersky Lab's bid for a preliminary injunction to dismiss the ban on the use of its software in the US public service.

The ban — a binding operational directive or BOD — was made public in September and government agencies were given 90 days to get rid of the company's software from their systems.

In its response, the DHS said Kaspersky had been given time to respond to its moves, and the company had reacted more than four months after DHS issued the ban and over a month after the US Congress effectively codified the restriction in the National Defence Authorisation Act for Fiscal Year 2018.

It pointed out that though the NDAA called for all government agencies to remove any product containing Kaspersky software - and not only those with the Kaspersky brand - from any system by 1 October, Kaspersky Lab had not challenged that order.

"...even though the ND AA’s ban proscribes the same conduct as the BOD, and for the same reason, Kaspersky does not challenge that statute here. ...this court should deny the request for a preliminary injunction because Kaspersky cannot demonstrate its entitlement to that extraordinary remedy," the submission said.

It said the ban was issued only after "extensive investigation and consultation with cyber security experts inside and outside the DHS and it was paired with an administrative process that afforded Kaspersky the complete unclassified rationale for the Acting Secretary’s decision and an opportunity to rebut her concerns".

The concern was that Russia could use Kaspersky software on US information systems as an entry point for espionage or other cyber activities.

"Russia is a sophisticated adversary that has proven willing and able to compromise and exploit access to US networks, and its intelligence services have an unusually close relationship with Kaspersky and virtually unbounded authority under Russian law to compel information stored on the company’s Russian servers and intercept data transmissions between the company and its U.S. customers."

The submission claimed that as long as Kaspersky’s products were on US Government networks, Russia would have the ability to exploit the software for hostile purposes, with or without the company’s co-operation.

The US ban came in the wake of allegations that Russia had interfered in the 2016 US presidential elections.

A number of mainstream  media  reports have claimed that Kaspersky was connected to Russia's spying on the US.

The company's response has been sought by iTWire.

A Kaspersky Lab spokesperson told iTWire it maintains "the DHS decision is unconstitutional and relied on subjective, non-technical public sources, such as uncorroborated and often anonymously sourced media reports, related claims, and rumours".

"Furthermore, DHS has failed to provide the company adequate due process to rebut the unsubstantiated allegations underlying the BOD and has not provided any evidence of wrongdoing by the company.

"The company hopes that the court will address and resolve the appeal expeditiouslyin light of the BOD's damage to the company."