Despite arrest of some members, FIN7 gang still going strong 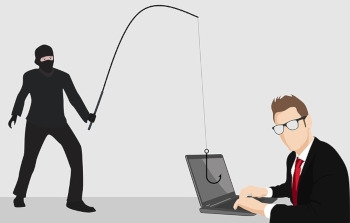 The arrest of three members of a cyber crime gang known as FIN7 in August last year, who were then indicted in the US over charges of using malware to steal millions of credit and debit card numbers which they then either used or sold, has not prevented the group from continuing its malicious activities.

Russian security firm Kaspersky Lab said in a blog post on Wednesday that FIN7 had continue its tailored spear phishing campaign for the remainder of 2018.

"In various cases, the operators exchanged numerous messages with their victims for weeks before sending their malicious documents.

"The emails were efficient social-engineering attempts that appealed to a vast number of human emotions (fear, stress, anger, etc.) to elicit a response from their victims."

Two types of documents were sent to victims in these campaigns, the first exploiting the INCLUDEPICTURE feature of Microsoft Word to get context information about the victim’s computer, and the availability and version number of Microsoft Word.

The second, which in many cases is an Office document protected with a trivial password, such as “12345”, “1234”, etc., used macros to execute a GRIFFON implant - a lightweight JScript validator-style implant without any persistence mechanism - on the target’s computer.

Namestnikov and Aime said there appeared to be links between FIN7 and other malicious groups, based on use of the same tactics, tools and procedures. The links, however, were still quite tenuous, they added.

Recent data seemed to indicate that despite last year's arrest, attacks had continued.

"One may say CobaltGoblin and FIN7 have even extended the number of groups operating under their umbrella," Namestnikov and Aime wrote. "We observe, with various levels of confidence, that there are several interconnected groups using very similar toolkits and the same infrastructure to conduct their cyber attacks.

"The first of them is the well-known FIN7, which specialises in attacking various companies to get access to financial data or PoS infrastructure. They rely on a Griffon JS backdoor and Cobalt/Meterpreter, and in recent attacks, Powershell Empire. The second one is CobaltGoblin/Carbanak/EmpireMonkey, which uses the same toolkit, techniques and similar infrastructure but targets only financial institutions and associated software/services providers.

"We link the AveMaria botnet to these two groups with medium confidence: AveMaria’s targets are mostly suppliers for big companies, and the way AveMaria manages its infrastructure is very similar to FIN7.

"The last piece is the newly discovered CopyPaste group, who targeted financial entities and companies in one African country, which lead us to think that CopyPaste was associated with cyber mercenaries or a training centre. The links between CopyPaste and FIN7 are still very weak. It is possible that the operators of this cluster of activity were influenced by open-source publications and do not have any ties with FIN7."

More in this category: « Binance cryptocurrency exchange hacked, 7000 bitcoin stolen Hackers claim to have breached top anti-virus firms in US »
Share News tips for the iTWire Journalists? Your tip will be anonymous