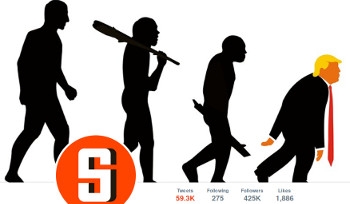 The Twitter account of the editor-in-chief of Germany's Der Spiegel magazine has been hacked and used to apologise for the "bad news" it published about Turkish President Recep Tayyip Erdogan.

The hack occurred on Saturday and the hackers who gained access to Klaus Brinkbaumer's account put up a picture of Erdogan and the Turkish flag, according to a report on RT.

Alongside it, a message said: "We would like to apologise for the bad news that we have reported and published up till now about Turkey and Recep Tayyip Erdogan.”

Der Spiegel later issued its own tweet, saying that the message was not from Brinkbaumer. It said the "most recent tweet about Erdogan and the header are not from him. We’re taking care of it".

Last night, while I was traveling in Russia, my Twitter account has been hacked. I tried to open a link which looked like it came from a source in Washington (and didn't). So I was certainly not behind that Erdogan propaganda published under my name. @DerSPIEGEL @SPIEGELONLINE

Like many other German news publications, Der Spiegel has reported extensively on the tense relations between Turkey and Germany.

It has also covered in detail the case of Turkish-German journalist Deniz Yucel who has been detained in Turkey on terrorism charges since February 2017.

More in this category: « LogRhythm launches module to help in GDPR compliance Lenovo finds and removes backdoor from two switch models »
Share News tips for the iTWire Journalists? Your tip will be anonymous