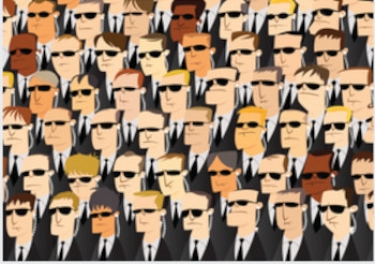 The CIA has invested US$1.6 million (A$2.2 million) in the company behind the secure messaging app Wickr, through its investment arm In-Q-Tel, the American website Motherboard reports, citing public disclosure records as a source.

A white-labelled port of the app is believed to have been used in the An0m devices which intelligence agencies employed in a sting operation that targeted criminal gangs and finally took some of them down, with the Australian Federal Police also playing a role.

The Motherboard report said the CIA investment had been made before Amazon acquired Wickr in July this year.

Interesting to note that the CIA had invested $1.6million into Wickr, the encrypted messaging software that organized crime groups used white labelled in Anom phone devices, later discovered to be a sting operation run with US Law Enforcement agencies.

Apart from the CIA investment, Wickr has a separate product developed for the US Department of Defence and a US$900,000 contract with the US Customs and Border Protection.

Australians would recall that back in 2015, when Malcolm Turnbull was prime minister, he was given the green light to use Wickr. A report said this came shortly after he admitted to using a private email server for communications, including messages related to government business.

Turnbull had also pushed for his cabinet to use the Slack messaging app, a report said in October 2015.

No, I don't use Wickr. The point is that in 2021, you can't credibly purport to provide a secure app when you

a) take money from the CIA and

b) literally give the CIA a seat on your board of directors.

Messages sent on Wickr self-destruct after a specified period of time. Downloads of the app increased markedly after the news that Turnbull uses it was made public.

Turnbull has shown an interest in putting money into similar projects, having invested in Kasada, a company in which the CIA has an investment. He has also invested in the industrial control systems security specialist Dragos, which is run by ex-NSA alumnus Robert Lee.

In-Q-Tel operates largely in the shadows, according to an article about the organisation in The Wall Street Journal.

More recently, an organisation called Recorded Future, backed by CIA funds, has set up a tech news site called The Record. Recorded Future has a US$20 million fund "to invest in organisations who share our vision for a world secured by intelligence".