Children are the weakest link in online family security 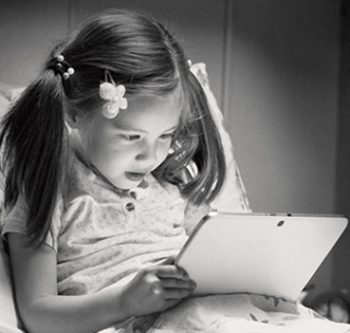 Children are more likely to expose personally identifiable information to strangers online – which is understandable as they have not had time to grow old and cynical like their parents yet!

This can lead to at best tears, at worst dangerous liaisons, identity theft, and cyber bullying. In fact, there is now more cyber bullying that there is physical bullying!

Norton by Symantec has released findings from the Norton Cyber Security Insights Report, (free report) revealing parents have great concerns about their children in the online world. Cyberbullying, online predators and privacy are some of the biggest issues with which parents are grappling.

“In the last year, Norton has seen the online safety awareness levels of Australian parents increase rapidly as technology firmly cements itself in the family home,” said Mark Gorrie, director, Norton by Symantec, Pacific region. “Protecting children online is weighing heavier on parents than ever before as cyberbullying, online predators and privacy are now 'real' world concerns. While parents are taking some measures to keep their children safe online, more action is needed to ensure children are less vulnerable in the digital world.”

Children are the weakest link in the family’s online security

Nearly 90% of parents worry about their children’s safety online – and in particular, how their actions would have repercussions on the family. Globally, nearly half worry their children will do something online that will put the whole family at risk. To alleviate these concerns, more than two in three parents are taking measures to protect their children online such as

Despite these measures, 20% of Australian parents have had a child’s actions compromise their online security. Most often children have downloaded a virus to a family PC.

About the Norton Cybersecurity Insights Report

More in this category: « The 'big' business of hacking Updated Skimer malware infecting Windows ATMs worldwide »
back to top