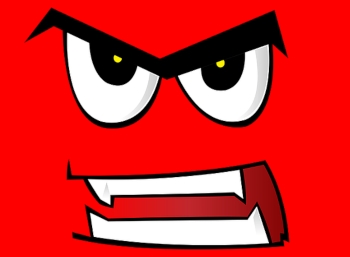 Image by DavidRockDesign from Pixabay

The Australian Cyber Security Centre tried to censor the content of a talk to be given by the partner of a Sydney legal firm at the CyberCon conference in Melbourne last week, but the organisers backed down at the last minute and the talk went ahead in its original format. The main objection apparently was to the lawyer's statement that Australia's encryption law was similar to laws in China.

Ted Ringrose, a partner with Ringrose Siganto, told iTWire that the organisers, the Australian Information Security Association, had told him that the ACSC had objected to his talk and termed it "biased".

As iTWire has reported, two well-known speakers, Thomas Drake, formerly of the NSA, and Dr Suelette Dreyfus, a researcher from Melbourne University, had their talks cancelled due to censorship, again by the ACSC.

He sent his slides to the organisers on 26 September, but was contacted by AISA on 2 October; they conveyed the ACSC's reaction to his talk.

"I couldn’t talk that night so the AISA person said we could talk the next day but in the meantime he would send a new version of my slides," Ringrose told iTWire. "That version was sent on Thursday (3 October) and I was surprised to see that a large number of slides had been deleted, some had been altered and the title changed back to that in the brochure."

When he spoke to the AISA person, the latter told him they had dropped a couple of speakers and that the ACSC was not happy with his slides.

"To me the implication was that if I didn’t agree to changes, I’d be next. I explained that they didn’t know what I was going to say and that, in fact, the editing of the slides had made my criticism of the Encryption Law appear much worse than it was. They particularly seemed to object to my comparison of the law with a similar law (and laws) in the People’s Republic of China."

Last year, during hearings on the encryption law — officially known as the Telecommunications and Other Legislation Amendment (Assistance and Access) Act 2018 — at the Parliamentary Joint Committee on Intelligence and Security, committee chair Andrew Hastie also took offence to people who drew parallels between Australia and China when it came to laws of this nature. Another prominent Australian who has made similar comments is Mike Burgess, former head of the ASD, and now the head of ASIO.

Said Ringrose: "The upshot of the call was that I sent an email to AISA giving more information about what I was going to say and that I had bought my ticket to Melbourne, but would not be coming to give another person’s talk. I rejected the allegation of bias, explaining that I had no tech clients and that my talk was based on my 30 years experience as a lawyer in Asia, the UK and Australia, as a partner in US and UK law firms and general counsel in Asia for major US corporations.

“I consider the law to be illiberal, hopelessly uncertain and ridiculously wide in its purported application.  It will create uncertainty and harm the tech industry in Australia.”

He said later the same day he received an email from AISA saying they were making an executive decisions to let the talk proceed as he wanted it, with no changes to his slides as it was too late for ACSC to be banning speakers or changing presentations. He was grateful for AISA’s support.

This is the first year that the ACSC conference has been dovetailed into AISA's event, presumably in order to save money. It is the biggest such event in Australia and attracted some 3600 people this year.

More in this category: « BlackBerry consulting and products spreading in Australia MacGibbon, Paitaridis to head new cyber security firm »
Share News tips for the iTWire Journalists? Your tip will be anonymous