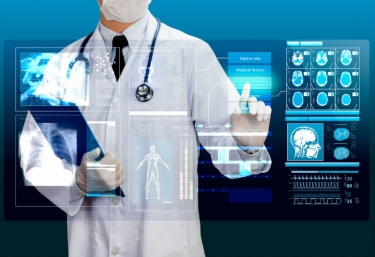 Business email compromise (BEC) was the most prevalent security threat in Australia in 2019, accounting for 23.6% of global attempts and placing Australia in the top two countries with the most attempted attacks - and with the healthcare sector globally remaining the most targeted industry.

Australia also landed in the top five countries with the greatest number of malware detections, with over 20 million detections blocked in 2019, according to cybersecurity firm Trend Micro in its 2019 security roundup report released on Wednesday.

Ransomware continued to be a mainstay cyber threat last year, according to the Trend Micro report, with globally the security firm discovering a 10% increase in ransomware detections, despite a 55% decrease in the number of new ransomware families.

The healthcare sector remained the most targeted industry globally, with more than 700 providers affected in 2019 - while in Australia, a number of Victorian hospitals fell victim to ransomware attacks in 2019, forcing the healthcare facilities to go offline entirely.

“The ramifications for the healthcare sector are particularly detrimental as legal constraints come into play. Often medical systems are managed by third parties and upgrading OS/patch systems requires a repeat in clinical trials to remain compliant, which can sometimes take years to complete,” says Trend Micro.

“Digital transformation has been a business buzzword for decades, and the concept has yielded very positive results over time. But security is often an afterthought, which leaves digital doors wide open for cybercriminals,” said Dr Jon Oliver, Director and Data Scientist, Trend Micro.

“Despite the prevalent ideals of digital transformation, lack of basic security hygiene, legacy systems with outdated operating systems and unpatched vulnerabilities are still a reality.

“This scenario is ideal for ransomware actors looking for a quick return on investment. As long as the ransom scheme continues to be profitable, criminals will continue to leverage it.”

Trend Micro’s report notes that to improve the ransomware business process, alliances between ransomware groups were formed in 2019, demanding millions of dollars in ransom.

Trend Micro also notes that it tracked a rise in the “access-as-a-service” trend, in which criminal groups rent out or sell access to company networks - and that this service ranges in price from roughly A$4,500 to A$31,000, with the most expensive offering including full access to a company’s server hosts and corporate virtual private networks (VPNs).

“The criticality score reflects the likelihood of these flaws being leveraged by attackers, so high severity bugs are more likely to be weaponised and the patches should be prioritised.

“Additionally, these best practices can increase a company’s security posture:

More in this category: « Online payment fraud losses predicted to exceed US$200 billion ESET team finds major Wi-Fi bug in Broadcom, Cypress chips »
BACK TO HOME PAGE
back to top