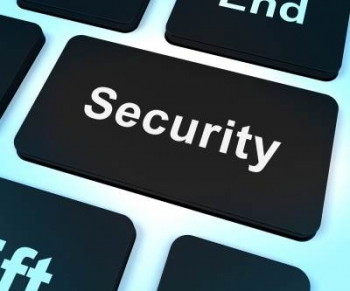 Two of Australia’s ICT industry bodies – the Australian Computer Society and Internet Australia - have lauded the government’s Budget funding commitments to the establishment of a national cyber security strategy.

The ACS says cybersecurity is both a threat and opportunity in the digital economy and the society is pleased to see the high priority the Government is placing on the issue.

And, Internet Australia applauded Budget measures designed to fund a national cyber security strategy and called for broad consultations by government agencies tasked with developing and implementing the initiative.

ACS president Anthony Wong welcomed the Government’s confirmation of cybersecurity funding and its recently announced cybersecurity strategy, and in particular the strong focus on developing the critical IT skills needed in the security sector.

Internet Australia CEO Laurie Patton highlighted the need for industry/government collaboration on the critical issue of cyber security, observing that many of the implementation issues plaguing the Data Retention Act passed last year, could have been avoided had the government better consulted with affected parties before drafting such controversial legislation.

“By the time the data retention scheme is finally in place, to the extent that it ever will be, it will have been two full years from the date the Act received Royal Assent”, Patton said. “And this is a law rushed through parliament on the pretext that it was urgently required to deal with the threat of terrorism. It has been an ongoing debacle”.

“Unfortunately, while we were able to have some effect on the wording of the legislation we have not been successful in having serious issues with the implementation dealt with to the satisfaction of our ISP members.”

Patton says IA is totally committed to seeing cyber security placed high on the government’s national security agenda. “We just don’t want to see any more unworkable legislation dumped on us without the opportunity to provide our members’ considerable technical expertise.”

“Internet Australia believes that the Internet is fundamental to Australia’s ambition to become an innovation nation. It is also becoming an important part of our social fabric, with many positive benefits still to unfold. Ensuring that users can have confidence in its underlying security is essential.”

Along with the ACS’ strong stand on cybersecurity, Wong said seeing the funding confirmed for the National Innovation and Science Agenda (NISA) in last night’s budget delivers certainty and ensures that and other initiatives will help build a strong platform for Australia’s future.

Wong also says the budget was a ‘pivotal moment” in Australia’s digital future and has delivered good news for jobs and skills in the digital sector.

“The announcements made surrounding the NISA are an excellent start, and with innovation supported by both sides of the Parliament this is a real opportunity to build a strong foundation for the digital economy.”

The ACS has also welcomed what it described as a “sensible approach” to fintech regulation in the budget and says the idea of having a regulatory sandbox will help encourage innovation and experimentation from new businesses, and recognises that disruption is driving the fintech space.

“Our research indicates that today’s employers are increasingly requiring skills in technology, and we urge the Government to collaborate with organisations such as the ACS, employers, industry and the academic sector to realise this opportunity.”

More in this category: « McAfee warns consumers of digital dangers Trend Micro plug-in for Kaseya VSA remote management »
Share News tips for the iTWire Journalists? Your tip will be anonymous