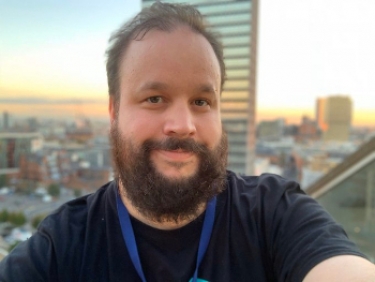 Kevin Beaumont says his mother describes him as a bloody idiot. Supplied

British security expert Kevin Beaumont has thrown in his lot with the company often described as the Typhoid Mary of the Internet — Microsoft — but says he will not be a big cog in the wheel there, just a security threat analyst.

Beaumont is known for his educated, incisive and informative comments about security incidents on Twitter and also his keen sense of humour. Last year, he christened a Microsoft vulnerability that was susceptible to a worm attack as Bluekeep, and the name has stuck.

Having been in the security trenches for 21 years, Beaumont says he is, understandably, somewhat cynical about his own industry.

He told iTWire in response to queries: "I plan to continue tweeting pretty much as before, I think sharing of cyber security threat information is important."

He is a good friend of Marcus Hutchins, the researcher who was unwittingly caught up in a situation that resulted in him (Hutchins) being arrested by the FBI in August 2017 when he was about to leave the US after a cyber security conference.

Beaumont's value to those who report about security incidents cannot be over-estimated; he is quick to issue tweets about any major incident and keeps following up, unlike some others who tweet to merely gain attention.

In many cases, he is the one who alerts technology journalists to an incident and offers perspective as to how big it is; on other occasions, he has been quick to prick many a bubble being inflated by his peers in order to gain publicity.

He often details security incidents in his blog – which, coincidentally, is named DoublePulsar, the same nomenclature as that given to a rather deadly NSA exploit, one of the many leaked online by the Shadow Brokers group in 2016.

Beaumont does not hesitate to pass the occasional cynical comment about companies who try to hype up security incidents.

"I’ve always been pretty vendor-cynical as I’ve been on the customer end of receiving some other vendor solutions which failed to deliver the value promised," he explained to iTWire.

"Security is *hard*, and there’s a lot of magic bullets which turn out to be not so magic."

Asked whether he would desist from posting on his blog, Beaumont said he had no plans to discontinue his posts. "I plan to keep my blog and operate it independently, it’s just my personal thoughts," he added.

Beaumont has laid out the technical reasons behind his decision here.