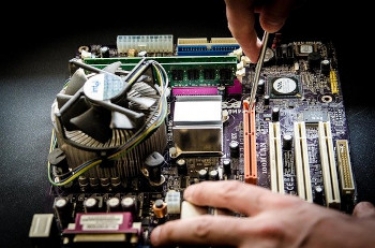 British firm Softiron says it will start manufacturing computer hardware in Sydney, having begun the process of commissioning, and aiming for a start in early 2022.

In a statement, the company claimed its products "radically out-perform industry norms on all critical metrics including: density, energy efficiency, capacity, speed and heat emission".

The aim is not to compete with China, where most of the world's hardware is manufactured, on price. Andrew Moloney, chief marketing officer, told iTWire in response to queries that the primary goal was not building products more cheaply than in other places.

"Indeed, the 'race to the bottom' in homogeneous hardware design is how the industry has ended up in the state it is today," he claimed. "The goal is to build products close to the end user and in a way that supports local programs designed to build sovereign capability in IT for Australia.

"That said, we clearly have to produce a competitive product and, using the latest manufacturing techniques and equipment, and from the optimisation we achieve in design in the end-to-end product and process, that we are mirroring in other facilities, we believe we can manufacture at least as competitively in Australia as we do today in the US."

In 2018, the news agency Bloomberg published a sensational story, claiming that chips had been implanted in servers made in China for US server manufacturer Supermicro Computer — and which were also supplied to a company named Elemental which Amazon acquired — and used to spy on companies, and also a number of government agencies.

The story named Apple, Amazon, the US Department of Defence and data processors for the CIA as being among those who had been using servers with these chips, which had been destroyed after being discovered.

Denials came thick and fast after the story surfaced on 4 October 2018; there were strong denials from Apple and Amazon, and the tale was also contradicted by the US Department of Homeland Security and the British National Cyber Security Centre.

Early in 2021, the same news agency issued a similar report, with the difference being that the tampering was claimed to have taken place in government servers in the main. No other publication has been able to confirm either story.

Moloney did not provide a direct answer when asked whether the venture was capitalising on the "national security" fever whipped up by the US. He also did not give a direct response when asked how, if a British business was building the hardware, it would be able to ensure that neither GCHQ nor America's NSA nor the Australian Signals Directorate would not push to get a chip or two in the hardware to spy on companies or individuals.

"This is where it’s key to understand what we uniquely offer compared to any other major IT manufacturer in the world today," Moloney responded. "The key concept here is that we provide a capability to create transparency and audit in the product design and realisation process (something we call secure provenance), not to make a product which we claim to be (..and the customer would have to trust us that it is) 'secure'.

"This is the concept of 'Zero Trust', but uniquely applied in hardware design and manufacture.

"For customers that really care about security, they shouldn’t have to trust anyone - us included. They should be able to get access, visibility and information to make their own risk assessment on the kit they are receiving - down to a component and source code level so that they can then factor this into their overall security architecture and plan."

The Australian Department of Defence has provided a grant of $1.5 million for the new manufacturing facility to be built. However, that will not go very far.

Asked about funding, Moloney said Softiron was venture-backed and had raised more than US$40 million (A$53.5 million) so far and was "on a rapid growth trajectory right now where adding extra manufacturing capacity to support global demand was already a necessity".

He added, "The strategy we call 'edge manufacturing' — running a leading edge, global manufacturing operation where actual product realisation happens 'in-market' — perfectly aligns with sovereign industrial capability programs. [Thus] coming to Australia as our first location outside the US made both strategic and practical sense."

Softiron has a manufacturing unit in Newark, California, and, after Australia, is planning to expand into Europe.

Jason Van der Schyff, Softiron's chief operating officer, said in a statement: "The global supply chain is quite complex, with major security gaps. The reality is that most data centres don't know if their appliances are secure since manufacturers tend to operate opaque processes.

"Our goal is to offer our customers in Australia complete transparency with a range of appliances that are true to their design. Nothing more, nothing less."

More in this category: « The return of digitally-signed rootkits Windows REvil ransomware gang taken down by US spies and allies: claim »
Share News tips for the iTWire Journalists? Your tip will be anonymous