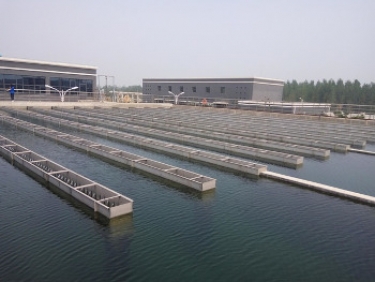 The water treatment plant in a Florida city, that was breached last week and had its sodium hydroxide levels changed temporarily before they were reversed back to normal, was running an outdated version of Windows and the password for its TeamViewer application was shared among all employees, according to an advisory from the Massachusetts state government.

The Massachusetts Department of Environmental Protection said: "All computers used by water plant personnel were connected to the SCADA system and used the 32-bit version of the Windows 7 operating system."

Microsoft announced the end of support for Windows 7 on 14 January last year.

"Further, all computers shared the same password for remote access and appeared to be connected directly to the Internet without any type of firewall protection installed," the Massachusetts advisory added.

The breach was made public on Monday by county sheriff Bob Gualtieri who said a water treatment plant in Oldsmar, a city in Pinellas County, Florida, had been breached twice on 5 February and that an operator noticed at about 8am that day that there was an intruder in the computer system he was monitoring.

Gualtieri said on the second occasion, the attacker was in the system for about five minutes and changed the sodium hydroxide concentration from 100 parts per million to 11,100ppm.

Nothing wrong with using Yahoo! for SSO (though is MFA comes by rotary phone?), but there area some notable SSO providers missing there if you're doing SSO.

Also, in January they're still displaying the office hours for the July 4th holiday.

I'm not shaming anyone here. 2/ pic.twitter.com/alfGC3gcCx

The Massachusetts advisory said the attackers had accessed the plant twice, about five hours apart and were able to operate the supervisory control and data acquisition system used by the plant.

Like I think a lot of people were surprised the Oldsmar facility uses programs to let others remote in, but this should give you a sense of how big its staff is. pic.twitter.com/FVAe0tMpSJ

The Associated Press quoted Lesley Carhart, the principal incident responder at Dragos, a security firm that specialises in dealing with the security of industrial control systems, as saying: "In the industry, we were all expecting this to happen. We have known for a long time that municipal water utilities are extremely under-funded and under-resourced, and that makes them a soft target for cyber attacks.

“I deal with a lot of municipal water utilities for small, medium and large-sized cities. And in a lot of cases, all of them have a very small IT staff. Some of them have no dedicated security staff at all."