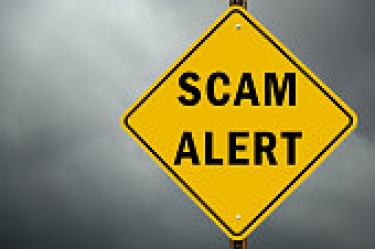 Australians have lost over $70 million to bogus investment scams in the first half of this year and a massive increase in losses are predicted by the end of the year, according to the consumer watchdog the ACCC.

The $70 million lost in the first half is more than the total losses reported to Scamwatch for all of 2020, and projected losses are set to reach $140 million by the end of the year.

The Australian Competition and Consumer Commission’s Scamwatch report also shows a 53.4% increase in reports about investment scams received so far, up from 3,104 in the first half of 2020 to 4,763 reports so far in 2021.

In addition to taking victims’ money, the ACCC notes that scammers often commit fraud or identity theft using the information they obtained from the victim.

“Investment scams are more prevalent than ever, and scammers are capitalising on interest in cryptocurrency in particular,” ACCC Deputy Chair Delia Rickard said.

“More than half of the $70 million in losses were to cryptocurrency, especially through Bitcoin, and cryptocurrency scams were also the most commonly reported type of investment scam, with 2,240 reports.”

The ACCC warns that scammers pretend to have highly profitable trading systems based on individual expertise or through algorithms they developed, and many of these scams also use fake celebrity endorsements to try and enhance their legitimacy.

It also says that victims will initially be able to access small returns sourced from other victims’ initial deposits but the scammers soon claim problems with making withdrawals and cut off contact.

“Be wary of investment opportunities with low risk and high returns. If something sounds too good to be true, it probably is,” Rickard said.

The ACCC also reports that losses to investment scams involving Bitcoin have already reached $25.7 million this year, compared to $17.8 million across all of 2020, representing a 44 per cent increase.

In imposter bond scams, scammers impersonate legitimate companies and offer victims the opportunity to purchase fake corporate bonds, and the ACCC says that in the first half of this year, there were over 58 reports and losses of more than $6.8 million reported to Scamwatch.

Older Australians looking for well-known respected companies to invest their money in have been the most impacted, making up 43% of reports and accounting for almost half of the losses.

“These scams are particularly hard to detect because scammers use the companies’ legitimate prospectuses which are registered with ASIC, link to the actual websites and have the correct ABN/ACN details. However, the scammers change key details such as contact information and bank details,” Rickard said.

“That’s why it’s really important to contact the company using details you source yourself from doing a search online or visiting the company’s website directly, and to seek independent advice no matter how confident you feel.”

The ACCC says that Ponzi schemes have also increased and in the first six months of this year, Scamwatch received over 400 reports and more than $1 million in losses to the Hope Business and Wonderful World scams.

These scams used advertising on social media sites and had their applications available via official app stores. People invested their money and were able to make small withdrawals in the beginning before the scammers cut off contact.

The ACCC says it contacted the Google & Apple apps stores and had the Hope business app removed and the main Wonderful World scam app has also been removed from the stores.

According to the ACCC these scams disproportionately affected members of CALD communities including recent migrants from Burma and Sri Lanka and overall, more than 13% of losses ($9.6 million) to investment scams were from people who spoke English as a second language.

Investment scams originating through dating apps and websites are also becoming increasingly common, the ACCC warns, adding that in these scams, a scammer develops a relationship with the victim and convinces them to invest, usually in cryptocurrency or bond scams.

“These scams predominantly impact younger people, who might be seeing these ‘investment opportunities’ through social media, recommendations from friends, or by registering their interest in cryptocurrency on questionable websites,” Rickard said.

“Remember, never take investment advice, send money or give credit card details, online account details or personal information to anyone you don’t know or trust, and never to someone you have only met online or over the phone, as you never know who you might be dealing with.”

More in this category: « Flubot malware hits Australia Aussie parents say they want online safety taught in schools »
Share News tips for the iTWire Journalists? Your tip will be anonymous