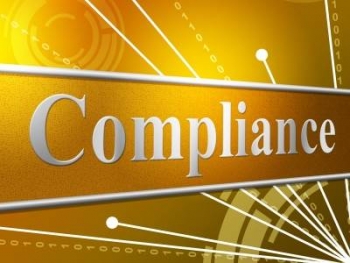 Boards around the world — including in Australia — are ramping up investment in data security and privacy in the rush to become compliant with the European Union’s new privacy law, the General Data Protection Regulation, and to avoid highly damaging data breaches, according to a newly published report.

According to the report, managing operational risk and compliance has also become a significantly increased priority (up 12%), with the two areas representing the fastest growing IT priorities of company boards.

The survey of 3958 chief information officers and technology leaders — including some from Australia — was conducted between December 2017 and April 2018, across 84 countries, analysing responses from organisations with a combined annual cyber security budget of up to US$46 billion.

“This study has highlighted rising levels of board scrutiny for issues such as cyber security and privacy, as well an accelerating pace of digital change across organisations.

“At the same time, CIOs are meeting the challenge of orientating digital strategy around the customer. With skills shortages around areas such as big data and analytics also on the mind for Australia’s tech leaders, those who are successful will be those who can attract, retain and develop talent.”

Globally, the report says that IT leaders today face the challenging task of delivering rich, customer-centric data in an environment laden with risk.

“Data trust and privacy threats continue to hold the attention of CIOs, but while measures to improve data security are underway within companies and through legislation such as GDPR, over a third (38%) of those surveyed in April expected they would not be GDPR compliant at the deadline,” it says.

“Additionally, 77% of IT leaders are ‘most concerned’ about the threat of organised cyber crime, up from 71% last year. Only one fifth (22%) state they are well-prepared for a cyber attack.”

The survey found that trust is the new battleground for IT, as organisations delicately balance the revenue-driving potential of utilising customer data with the need for privacy and security.

.And according to the survey, those businesses managing this balance most effectively (customer-centric organisations) are 38% more likely to report greater profitability than their competitors.

The survey reveals, however, that the drive towards protecting data has caused a huge demand for ‘security and resilience’ skills, which experienced the biggest jump in skills shortages, increasing 25% year-on-year.

“On one hand, the board is asking them to drive innovation, promote agility and following recent high profile data breaches, ensure the responsible use of customer data. On the other hand, the board is increasing scrutiny and demanding improved reporting on cyber security, data integrity and resilience, as regulators and consumers become much more demanding on personal data.

“The organisations that can get this balance right, between innovation and governance, are in the strongest position to compete in an increasingly complex technology environment.”

The report also found that a move towards digital platforms and solutions is proving a huge challenge for CIOs, and while organisations recognise an effective digital strategy is critical to successful data security, many report they still struggle – with 78% stating that their digital strategy is only moderately effective, or worse.

And, according to the report, more than a third of companies (35%) can’t hire and develop the people they need with digital skills – while almost one in ten (9%) think that there is no clear digital vision or strategy at all.

To help with digital success, the report notes that chief digital officers are proving their worth – and organisations with such an officer, either in a dedicated or acting role, are more than twice as likely to have a clear and pervasive digital strategy than those without one (44% versus 21%).

The report also shows that the most influential and successful organisations were fanatical about delivering value both to, and from, their customers, with "customer-centric" organisations 38% more likely to report greater profitability than their competitors.