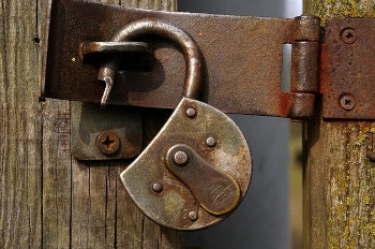 Image by Kerstin Riemer from Pixabay

Global networking products manufacturer Juniper Networks in 2008 incorporated a flawed algorithm from the NSA in its NetScreen devices, even though the company was aware of the flaw that was suspected to provide a backdoor.

The claim was made on Thursday, by the news agency Bloomberg, which said this was done because the US Department of Defence insisted on it and some future contracts for Juniper were tied to the use of this algorithm.

The news agency claimed this bit of information was a significant new detail that explained why Juniper used the NSA code, which later led to its own systems being breached.

Democrat Senator Ron Wyden last year pushed for the NSA to disclose whether it was still planting backdoors in commercial products, but the spy outfit maintained silence, even though it has changed its rules on such acts.

{loadposition sam08{The Bloomberg report also claimed a Chinese group which is called APT 5 had hijacked the NSA code in 2012 and changed it to be able to decrypt data traversing VPN networks using NetScreen devices.

Two years after that, APT 5 added another backdoor that gave the group direct access to NetScreen products, Bloomberg claimed.

The reporter who wrote the story, Jordan Robertson, is well known for putting out another yarn in 2018, along with compatriot Michael Riley, claiming that tampered servers, with additional chips on the mainboards, had been sold to companies like Amazon and Apple.

A deluge of denials followed publication of this story, some couched in very strong language. But Bloomberg never issued any correction or even a clarification.

Earlier this year, Riley and Robertson came up with a similar tale, claiming that servers made by an American company, Super Micro Computer, had been tampered with, resulting in data being leaked to China.

No other news outlets have followed up on these two stories; normally, a story that is of significant news value is followed up and other outlets use their own sources to file their own versions.

Last year, Juniper responded to a query from Wyden and other Congress members, blaming the hack on a nation-state team.

A third claim made by Bloomberg in Thursday's story was that Juniper detected both the intrusions by APT 5 but failed to understand the significance or comprehend that they were related. Riley was cited as having contributed to the story, as also another Bloomberg staffer, Christopher Cannon.

More in this category: « Investigation ongoing into City of Stonnington cyberattack Microsoft claims Chinese team carried out SolarWinds July attacks »
Share News tips for the iTWire Journalists? Your tip will be anonymous