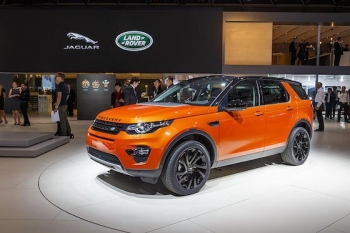 Jarvis aims to keep us safe by spotting vulnerabilities in code that could be used to manipulate the real world.

People are understandably worried about security vulnerabilities in software, and that concern is all the greater when it comes to exploits that have the potential to kill us, for example by causing a car to veer into the path of oncoming traffic.

So BlackBerry has announced Jarvis, an automated system for scanning binary code for vulnerabilities.

Initially aimed at the automotive industry, BlackBerry sees other applications in segments such as healthcare, industrial automation, aerospace, and defence that could use Jarvis.

Offered as a cloud service, Jarvis is designed to scan the entire code for a vehicle, even where a multi-tier supply chain is involved. Access to source code is not required.

"Connected and autonomous vehicles require some of the most complex software ever developed, creating a significant challenge for automakers who must ensure the code complies with industry and manufacturer-specific standards while simultaneously battle-hardening a very large and tempting attack surface for cybercriminals," said BlackBerry executive chairman and chief executive John Chen.

"Jarvis is a game-changer for OEMs because for the first time they have a complete, consistent, and near real-time view into the security posture of a vehicle's entire code base along with the insights and deep learning needed to predict and fix vulnerabilities, ensure compliance, and remain a step ahead of bad actors."

Jarvis users will be able to check their existing software, and review new components before they go into production vehicles.

BlackBerry said "some of the world's largest automakers" are already trialling Jarvis. One of them is Jaguar Land Rover.

More in this category: « Lenovo finds and removes backdoor from two switch models Lawyers hit by cyber criminals, says Darktrace »
Share News tips for the iTWire Journalists? Your tip will be anonymous