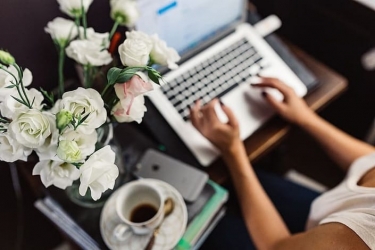 Working at home during lockdown has improved security awareness, but productivity — or convenience — still trumps security for many workers.

A survey conducted by security vendor Trend Micro has found that more than two-thirds (67%) of Australian’s remote workers say they are more conscious of their organisation’s cybersecurity policies since lockdown began.

And 83% say they take instructions from their IT team seriously.

The bad news is that the actions they admit to often do not align with those policies or good practices.

It seems that employees often put their own convenience or productivity ahead of security considerations, suggesting that organisations aren't doing enough to provide a productive IT environment.

For example, 51% of employees admit to using a non-work application on a corporate device, and 68% of them have uploaded corporate data to that application.

That could include using file synchronisation services such as Dropbox to make files more easily accessible on personal devices such as tablets, or adding records to the native contacts app on a device – especially as 37% of respondents say they often or always access corporate data from a personal device, even though that is most likely a policy breach.

One third don't worry whether the apps are IT approved, and almost a quarter think they'll get away with it, especially when they think the official approach is inadequate.

"Although there is a high level of security awareness in Australia, it's concerning to see that some learned employee behaviour continues to create vulnerabilities for organisations," said Trend Micro ANZ commercial managing director Ashley Watkins.

"Whilst many employees are aware of the risks, the statistics show that this isn’t necessarily translating into action, so organisations need to identity and address this through training – now more than ever.

"Australian organisations are starting to determine their working from home policies into the future as restrictions ease and some slowly transition back to the office environment, so as part of this it’s important to ensure the existing awareness converts to clear process, policy and action."

The Australian findings were drawn from a wider survey of 13,200 remote workers in 27 countries.

More in this category: « Maze group claims LG attack, but researcher says claim may be false DDLS partners with CertNexus to offer affordable cyber security training »
BACK TO HOME PAGE
back to top