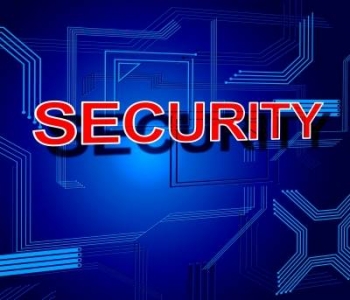 Australian companies are too slow to take the necessary action to mitigate and manage their cyber security risks, according to a newly published report that reveals that cyber crime is expected to cost the world in excess of $6 trillion annually.

According to the report, from professional services firm MinterEllison, cyber security can no longer legitimately be considered the domain of IT alone. It warned that cyber attacks can adversely affect other businesses in the supply chain, compromise the privacy of millions of individuals, and threaten economic well-being and national security.

"All organisations need to develop a culture of cyber risk management and look beyond the expectation of IT department taking the responsibility for risk mitigation.”

According to Kallenbach, the 12 months since the release of the MinterEllison Perspectives on Cyber Risk Report 2016 had seen some of the most “devastating cyber incidents yet”.

“Every kind of organisation — government, state owned enterprises, public and private companies and not-for-profits — has been affected. In every industry — from finance, retail, hospitality and healthcare, to mining and resources, utilities, professional services and education — it's clear that no-one is immune.”

Kallenbach said that the rising risks associated with cyber attacks were being driven by the growing volume, scale and sophistication of the cyber security threat, in addition to an increasingly onerous Australian and global regulatory landscape.

He also pointed to an increase in organisational interconnection and interdependence as a result of the rapid adoption of cloud-based technologies.

“Cyber security has well and truly transcended the realm of the technical,” Kallenbach says.

“It is now a business, economic and national security priority, which requires that a culture of cyber resilience be woven into the fabric of public and private sector organisations' overall risk management approach.”

Referring to the 2017 report findings and concerns, Kallenbach pointed to a number of high profile incidents that occurred during 2016, including a US$81 million cyber heist involving an attack against global financial messaging system SWIFT, as well as:

“Our ‘Perspectives on Cyber Risk 2017' highlights the need to embed cyber resilience in every organisation, yet key findings suggest this isn’t happening,” Kallenbach cautions.

"In our CIO survey only 52% of respondents indicated their organisations had increased their expenditure on IT security over the previous 12 months and that shows little change to the 2016 Report findings.

"Cyber resilience should be a key focus area for all organisations in the next 12 months. This requires deep Bboard level engagement with cyber risk; identifying the extent of the organisation's exposure to cyber risk (including due to supply chain risk); developing, implementing and testing procedures to protect the organisation from cyber incidents; and being able to deploy the resources (both technical and human) to identify a cyber incident in a timely manner, and to respond to and recover from an incident."

Key findings from MinterEllison were:

1.    Awareness of cyber risk has increased as the problem grows – but concrete actions have not changed;

2.    Despite concerns about the increasing cyber threat, organisations remain complacent about reviewing and testing their own cyber resilience (and the cyber resilience of their suppliers);

3.    Cyber security is still (wrongly) seen as being primarily an IT issue;

4.    The privacy landscape is changing – both in Australia and overseas; and

5.    The increasing uptake of cyber insurance indicates some willingness to act on managing cyber risk.

More in this category: « Kiwi creates firewall to guard against USB attacks Patch bonanza: Microsoft releases truckload of fixes »
Share News tips for the iTWire Journalists? Your tip will be anonymous