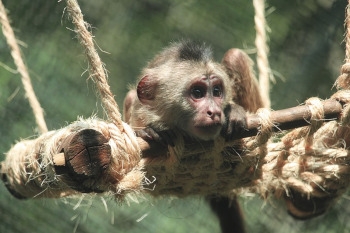 Image by Eduardo Taboada from Pixabay

The Mono framework, a free system that lets users run Windows applications on other operating systems, including macOS, is allowing malicious attackers to infect Apple systems with Windows malware.

Mono was developed by Miguel de Icaza, a co-founder of the GNOME desktop project, a DE that is used by Linux systems. De Icaza is now employed by Microsoft.

The security firm Kaspersky Lab pointed out that malicious attackers were collecting data about Apple systems and feeding it into adware using files with an .exe extension – files which normally run only on Windows.

To add to the irony, this was done with pirated copies of the Little Snitch firewall and users who tried to avoid paying for a licence ended up with malware instead, researcher Leonid Grustniy said.

"The infected version of the firewall was distributed using torrents. Victims downloaded to their computers a ZIP archive with a disk image in DMG format — so far, normal.

"But a close look at the contents of this DMG file reveals the presence of the MonoBundle folder with a certain installer.exe inside. This is not a typical macOS object; EXE files usually just don’t run on Mac machines."

Grustniy pointed out that Windows executables were unsupported by macOS to the extent that the Gatekeeper security feature in macOS simply ignored .exe files.

"As you can probably guess, the Mono framework is what the cyber criminals exploited," Grustniy said. "A framework usually needs to be installed on the computer separately, but these cyber crooks came up with a method of packaging it with the malware (remember the sinister EXE in the MonoBundle folder?). As a result, the malware runs successfully even on Macs whose owners use only native programs."

When installed, the malware collected information about the host system and sent this, along with data about the installed applications, to its command and control server.

"Simultaneously, it downloads several more images to the infected computer with installers masked as Adobe Flash Media Player, or Little Snitch. They are in fact run-of-the-mill adware tools that pester you with banners," said Grustniy.

More in this category: « TajMahal: APT with a great name, but just one victim Aussies choosing convenience over cyber safety, losing money and time each year to criminals »
back to top