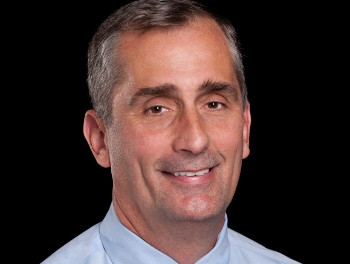 Intel chief executive Brian Krzanich has avoided making any mention of his controversial sale of stock and options in a keynote at the Consumer Electronics Show in Las Vegas, though he did touch on the two vulnerabilities found in most processors produced by the company he heads.

Krzanich sold 245,743 shares owned by him and 644,135 shares obtained by exercising his options, under a divestiture plan put in place on 30 October last year. Google revealed details of the Meltdown and Spectre bugs to Intel in June 2017. While Intel claims that the stock sale was part of a planned divestiture, Krzanich put the plan in place only in October.

The Intel chief spent less than two minutes talking about the company's security problems; his keynote (watch video below from about 58:00 onwards) was preceded by about 16 minutes of music.

"Our primary goal has been to keep our customers safe," he said. "As of now, we have not received any information that these exploits have been used to obtain customer data." 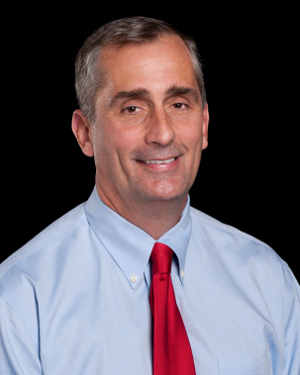 Krzanich thanked technology firms for working with Intel to provide fixes, adding that the performance hit expected when software fixes are applied will vary from case to case. ""We'll continue working with the industry to minimise the impact on those workloads over time," he added.

One lawyer, Dan O'Connor who is a specialist in securities and works for Ropes & Gray, called the sale "really odd".

“The timing, the size, the unusual nature compared to prior sales – that’s going to get this a lot of scrutiny,” O'Connor added.

The WSJ said its request for an interview with Krzanich was turned down, noting that Intel was yet to divulge when Krzanich was informed about the bugs.

It quoted Ben Silverman, a researcher at InsiderScore, as saying that Krzanich's trade was noticeable because it differed from his previous sales; in those cases, he had exercised options or sold shares monthly or quarterly, with less than 80,000 shares being involved at any one time.

In a leaked memo, Krzanich said that the company would create a new internal security group. The news was reported shortly before Monday's keynote address.

"It is critical that we continue to work with the industry, to excel at customer satisfaction, to act with uncompromising integrity, and to achieve the highest standards of excellence," Krzanich told employees in the memo which was obtained by The Oregonian/OregonLive. "Simply put, I want to ensure we continue to respond appropriately, diligently, and with a customer-first attitude."

Intel was contacted for comment and a spokerperson told iTWire that the stoick sale was unrelated.