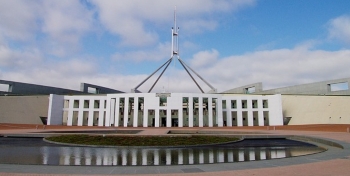 The investigation into the attack on the networks of the Australian Parliament and the three main political parties — Liberal, Labor and National — is ongoing and the Australian Signals Directorate says it can offer no comment on it now.

In response to an inquiry from iTWire as to whether the ASD had any update on the breach, an Australian Cyber Security Centre spokesperson offered a one-line response: "The Australian Signals Directorate cannot comment on ongoing investigations."

The breach was made public on 8 February but no mention was made whether data was exfiltrated or not. There were claims of China being behind the break-in, but the ASD said at the time that accurate attribution would take time.

iTWire also pointed out to the ASD that there been competing claims at the time, with some organisations like the ABC blaming China, while Resecurity, a security outfit in the US, blamed Iran.

There was no comment from the spy agency to indicate that either of these claims held water.

Resecurity said an Iranian-linked entity had been responsible for the network attack, adding that it had informed the ASD about its findings and claiming the agency had confirmed this attribution.

But the credentials of Resecurity came under question shortly thereafter, with journalists and technical researchers both citing what they saw as irregularities about its approach. The firm had also blamed Iran for a network attack on multinational software company Citrix Systems.

Among them were Costin Raiu, a senior researcher and the head of Kaspersky Lab's Global Research and Analysis Team, who said: "Some facts: the Resecurity website doesn't even have an About page. Their corporate movie has a bunch of actors talking about security but no names or titles. Their president has no work history before 2017. Of course, it may be legit, but for now it looks odd."

He added: "I'd be cautious with this story (the Citrix story on CNBC), feels like there's a lot of FUD (fear, uncertainty and doubt) surrounding it. Eg: 'Iridium broke its way into Citrix's network about 10 years ago, and has been lurking inside [...] ever since'. Then 'Citrix came under attack twice, once in December and again Monday."

Brian Bartholomew, another senior researcher from Kaspersky, said: "These Resecurity folks are really jacking some shit up lately. First they say Iran is responsible for the AU parliament hack, and now they say an Iranian group named 'Iridium' is behind the Citrix stuff."

Asked whether it had any comment about Resecurity, the ASD was silent.