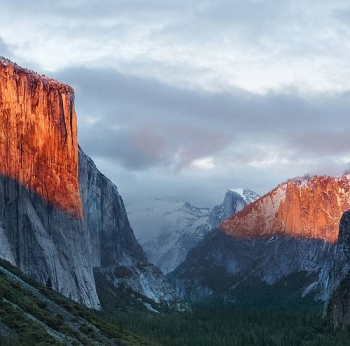 When a major new release of an operating system appears, the vendor is typically aware of certain unfixed bugs, and real-world users often run into issues that didn't surface during the testing period. So a .1 update usually arrives a short time later.

If the update allows Outlook 2016 to function properly on El Capitan, a lot of users will be very happy.

Many of them overlap with those covered by iOS 9.1, since OS X, iOS and watchOS have a lot in common.

Many of the vulnerabilities fixed are serious issues that allow arbitrary code execution or other significant attacks.

Among the more interesting vulnerabilities fixed in OS X 10.11.1 and Security Update 2015-007 are a couple of flaws that allowed malicious audio files to execute code if played, an EFI-related issue (also patched by Mac EFI Security Update 2015-002 for Mavericks), problems with the El Capitan Nvidia graphics driver that could be exploited to read kernel memory or execute code with kernel privileges, a libarchive issue that could be used to overwrite arbitrary files, a shortcoming that could be run arbitrary AppleScripts without the user's express consent, and a way of generating synthetic clicks on keychain prompts (thus bypassing the user).

You can read the full list of issues here.

The Safari-related fixes are also available separately as Safari 9.0.1.

The updates are available via the updates section of the Mac App Store.

More in this category: « iOS 9.1 delivers a shipload of security fixes Bitdefender watches your phone, with or without a watch »
Share News tips for the iTWire Journalists? Your tip will be anonymous