Apple continues war of words in spat with FBI Featured 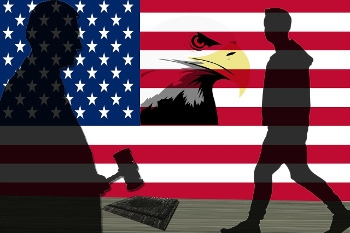 The war of words between Apple and the FBI continues with the former on Tuesday responding to a filing by the Department of Justice last Thursday, saying that the court should reject the request for creation of a modified version of iOS because the "All Writs Act does not authorise such relief, and the Constitution forbids it".

The FBI has obtained a court order asking Apple to enable it to break the security on an iPhone 5C that was used by one of the two terrorists who killed 14 people in December. Apple has refused to fall in line, resulting in the agency obtaining a further order making it compulsory for Apple to comply. The matter will be heard in court on March 22.

The FBI is trying to use the 227-year-old All Writs Act to get Apple to comply with its demand. In Tuesday's filing, Apple argued that "the All Writs Act cannot be stretched to fit this case because to do so 'would be to usurp the legislative function and to improperly extend the limited federal court jurisdiction'."

It claimed the government was attempting "to rewrite history by portraying the Act as an all-powerful magic wand rather than the limited procedural tool it is. As theorised by the government, the Act can authorise any and all relief except in two situations: (1) where Congress enacts a specific statute prohibiting the precise action (ie, says a court may not 'order a smartphone manufacturer to remove barriers to accessing stored data on a particular smartphone', or (2) where the government seeks to 'arbitrarily dragoon' or 'forcibly deputise' 'random citizens' off the street.

"Thus, according to the government, short of kidnapping or breaking an express law, the courts can order private parties to do virtually anything the Justice Department and FBI can dream up. The Founders would be appalled."

The company argued that the case was not about a single phone, "as the FBI director (James Comey) himself admitted when testifying before Congress two weeks ago.

"This case hinges on a contentious policy issue about how society should weigh what law enforcement officials want against the widespread repercussions and serious risks their demands would create.

It quoted Comey who had said "Democracies resolve such tensions through robust debate among the people and their elected representatives" adding this was not done "through an unprecedented All Writs Act proceeding".

Apple said the government wrongly interpreted the All Writs Act, which authorises federal courts to "issue all writs necessary or appropriate in aid of their respective jurisdictions and agreeable to the usages and principles of law," portraying it as a broad, venerable, fluid, adaptable font "of virtually unlimited authority empowering courts to issue any and all orders that the government requests in the pursuit of justice.

It added: "As the government tells it, courts can wield the 'flexible power' conferred by the Act until 'Congress expressly takes it away'. This is an exercise in wishful thinking, not statutory interpretation."

The filing said the authority to alter the process by which courts issue traditional common law writs was not authority to invent entirely new writs with no common law equivalent. "But that is precisely what the government is asking this Court to do: The Order requiring Apple to create software so that the FBI can hack into the iPhone has no common law analog."

Apple also said the government could not use the Act to circumvent CALEA, the Communications Assistance for Law Enforcement Act which is a wiretapping law passed in 1994. "CALEA defines the circumstances under which private companies must create systems to assist law enforcement in its investigatory efforts, as well as the circumstances where such providers are not and cannot be required to build programs and systems to enable law enforcement access. Contrary to the government’s assertion that its request merely 'brush[es] up against similar issues' to CALEA, CALEA, in fact, has three critical limitations - two of which the government ignores entirely — that preclude the relief the government seeks."

"The government acknowledges that FaceTime and iMessage are electronic communication services, but asserts that this fact is irrelevant because 'the Court’s order does not bear at all upon the operation of those programs'. Not so. The passcode Apple is being asked to circumvent is a feature of the same Apple iOS that runs FaceTime, iMessage, and Mail, because an integral part of providing those services is enabling the phone’s owner to password-protect the private information contained within those communications."

It said that the government did not even mention that CALEA excluded information service providers from its mandatory assistance provisions and pointed out that it was "indisputably an information services provider given the features of iOS, including Facetime, iMessage, and Mail".

The filing said CALEA made it clear that "even telecommunications carriers (a category of providers subject to more intrusive requirements under CALEA, but which Apple is not) cannot be required to 'ensure the government's ability' to decrypt or to create decryption programs the company does not already 'possess'."

Citing numerous previous cases, the Apple filing argued that Congress had, in the past, refused to grant the power that the government was now seeking.

It referred to the case of New York Telephone and said, "The conscription of a private company to write new software and create a new operating system that undermines the security of its own products — and thus the security and privacy of its users — cannot be equated with the 'meagre', not 'offensive' assistance of a public utility allowed under New York Telephone and its progeny."

In 1977, the US Supreme Court ruled that the All Writs Act could be used to compel the New York Telephone Company to provide technology that would enable officials to track down calls related to gambling. But in that case, the technology needed already existed and the company was a heavily regulated body in the public sector.

Apple argued that it was far removed from the case at hand, compared to New York Telephone which not "so far removed" from the matter because its facilities were "being employed to facilitate a criminal enterprise on a continuing basis".

It said complying with the court order would create an "unprecedented and offensive burden" in the process of writing new software to degrade the security features in iOS.

New code, if written, was unlikely to be used in just the one case, Apple said. "The government’s assertion that 'there is no reason to think that the code Apple writes in compliance with the Order will ever leave Apple’s possession'simply shows the government misunderstands the technology and the nature of the cyber-threat landscape."

It quoted one of its engineers Erik Neuenschwander, who had been cited in an earlier court filing: "I believe that Apple's iOS platform is the most-attacked software platform in existence. Each time Apple closes one vulnerability, attackers work to find another. This is a constant and never-ending battle... And the protections that the government now asks Apple to compromise are the most security-critical software component of the iPhone — any vulnerability or backdoor, whether introduced intentionally or unintentionally, can represent a risk to all users of Apple devices simultaneously."

The filing argued that the court's demand violated Apple's rights under the First Amendment of the US Constitution. "The government begins its First Amendment analysis by suggesting that '[t]here is reason to doubt that functional programming is even entitled to traditional speech protections', evincing its confusion over the technology it demands Apple 23 create. Even assuming there is such a thing as purely functional code, creating the type of software demanded here, an operating system that has never existed before, would necessarily involve precisely the kind of expression of ideas and concepts protected by the First Amendment."

The filing concluded with this: "Almost 90 years ago, Justice Louis Brandeis, reflecting on the 'progress of science' beyond wiretapping, famously warned that '[t]he greatest dangers to liberty lurk in insidious encroachment by men of zeal, well-meaning but without understanding'. In this case, the government’s motivations are understandable, but its methods for achieving its objectives are contrary to the rule of law, the democratic process, and the rights of the American people. The Court should vacate the order and deny the government’s motion to compel."

More in this category: « Snooping fallout: Microsoft to offer cloud services in Germany Apple refuses to unlock computer locked by hacker »
Share News tips for the iTWire Journalists? Your tip will be anonymous