All APTs are equal, but some APTs are more equal than others Featured 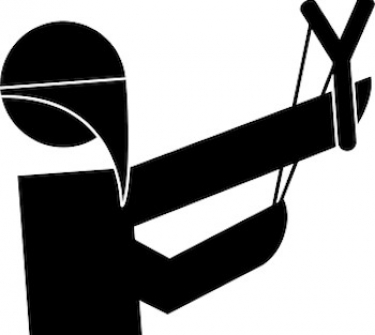 Russian security outfit Kaspersky says it will continue to provide details of advanced persistent threats (APTs or nation-state actors) no matter the country of their origin, but these details will only be available to customers who subscribe to their services.

And the category of people who can subscribe has also been sharply limited.

Artem Karasev, senior product marketing manager, B2B Product Marketing at Kaspersky, said in response to a query put to him last week: "Due to the sensitive and specific nature of some of the information contained in the reports, we are obliged to limit subscriptions to trusted government, public and private organisations only.

"Public disclosure of the provided information may affect the investigation process and put the affected companies at risk."

In July, iTWire had canvassed the possibility that the information provided to Kaspersky's paying clients might be far more comprehensive than what it publishes in public on its Secure List website.

At that time, the company had written in a post: "...subscribers to our private APT intelligence reports receive unique and extraordinary data on the significant activity and campaigns of over 100 APTs from all over the world."

Karasev was asked during a webinar last week whether Kaspersky, which has provided excellent write-ups about malware like Stuxnet, Duqu, Flame and Slingshot — all joint efforts by Israel and the US, or else efforts by either one of these countries — would continue to provide details of such APTs.

His response was that the company would continue to do so but that it would limit the information to paying customers.

I also asked Karasev what would happen if someone gained access to these private reports and published stories based on material therein. His statement above came in reaction to that question.

Security firms, for the most part, tend to avoid writing about APTs which are created and loosed into the wild by nations from the West. However it is possible to see a range of public reports about alleged threats from Russia, China, Iran, North Korea and other countries which are considered threats to the West.

Kaspersky has been an exception to this, periodically releasing public information about APTs from the West as well. The company does not shirk from exposing Russian APTs as well.

But in 2017, Kaspersky ran afoul of American authorities and was barred from doing business with the public sector after a series of reports in US mainstream media outlets indicating that it had links to Russian state authorities.

This came in the wake of numerous exposures by Kaspersky of what were said to be American malware. In 2014, the company's researchers exposed an attack by Britain's GCHQ and the CIA on a Belgian telecommunications provider. (The malware used for this attack surfaced again this year.)

Kaspersky has also detailed how the Stuxnet operation was carried out to cripple Iran's nuclear program. Stuxnet was discovered by Sergey Ulasen in 2010; he joined Kaspersky Lab a year later. The virus was infiltrated into Iran's nuclear labs through an USB drive as the lab was not connected to any external network.

The last time Kaspersky openly outed an US operation was in 2018 when it revealed details of malware known as Slingshot during its annual Security Analyst Summit in Cancun. Slingshot, which was used to gain access to Windows systems through routers, was later revealed as a US military program run by the Joint Special Operations Command, a part of the Special Operations Command.

It was said to be used by US military and intelligence personnel to collect information about terrorists.

More in this category: « Border force cargo system, still using IE, knocked out by W10 update In conversation with: Haiyan Song »
Share News tips for the iTWire Journalists? Your tip will be anonymous