Akamai to set up 'scrubbing centre' in Melbourne 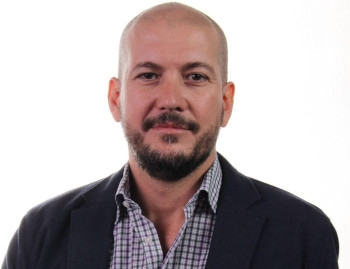 Global cloud security and content delivery network provider Akamai will set up a "scrubbing centre" in Melbourne later this year, to handle the increasing load of customers and also serve as a back-up for the existing centre in Sydney.

Fernando Serto, the head of Security Technology and Strategy for Akamai in the Asia-Pacific, told iTWire that a scrubbing centre was a place where malicious Web traffic was removed.

He said the new centre would help to fight DDoS attacks against Australian customers, pointing out that while it was easy to combat an attack from outside the country — one could block at the country-level — it was more difficult to combat malicious traffic within a country.

The new Prolexic DDoS mitigation scrubbing centre will add to Akamai’s existing centres – Sydney, Tokyo, Hong Kong, Osaka and Singapore – and extend the resiliency of the Prolexic Platform in Australia.

Serto said the Sydney centre had been in operation for about 2-1/2 years and many of the company's financial services and government clients had been asking when a second centre would be set up.

Last year, there were about 10,000 DDoS attacks globally, Serto said, adding that about 65% of these would be handled more or less immediately with automated solutions.

But the remainder often proved more of a headache and because of that the Melbourne centre would be manually staffed to offer 24-hour support to local customers.

These staff would be able to craft new rules to block malicious traffic as the need arose, depending on the source of the attack.

Serto was reluctant to offer a figure when asked how many staff would be hired locally, merely saying that it would be a mix of new hires and experienced Akamai hands.